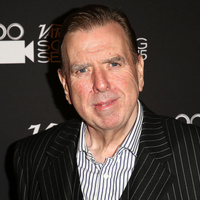 Timothy Spall Net Worth: Timothy Spall is an English actor who has a net worth of $4 million dollars. Timothy Leonard Spall was born in Battersea, London, England in February 1957. Timothy received the Bancroft Gold Medal for being the most promising actor in his school. He started his career in theater and performed for Birmingham Rep and the Royal Shakespeare Company. His first film appearance came in 1978's The Life Story of Baal. Spall has played Peter Pettigrew in the Harry Potter series, Beadle Bamford in Sweeney Todd: The Demon Barber of Fleet Street, Peter Taylor in The Damned United, and Winston Churchill in The King's Speech. He starred in his own documentary Timothy Spall: Back at Sea and in the 1996 movie Secrets & Lies. Timothy has also starred in Gothic, White Hunter Black Heart, The Sheltering Sky, Hamlet, and Lemony Snicket's A Series of Unfortunate Events. He won the Best Actor award at the 2014 Cannes Film Festival for Mr. Turner. Spall was made an Officer of the Order of the British Empire in 1999. In 2011 he won a Screen Actors Guild Award for The King's Speech. Spall was diagnosed with acute myeloid leukemia in 1996 but is in remission. Timothy married Shane Spall in 1981 and the couple has three children.