How much is Timothy Omundson Worth?

Timothy Omundson net worth: Timothy Omundson is an American actor who has a net worth of $3 million dollars. Timothy Omundson was born in St. Joseph, Missouri on July 29, 1969. He grew up in Bellevue, Washington. He began appearing in theater productions with Seattle Children's Theater when he was twelve. By high school, he knew he wanted to pursue a career in performance and he went on to graduate from the University of Southern California with a degree in Theater. He began his professional on-camera career in the 90s, and has gone on to appear in such film and television projects as "Seinfeld", "seaQuest DSV", "Diagnosis: Murder", "Days of Our Lives", "Strange Luck", "Mr. and Mrs. Smith", "Starship Troopers", "Dark Skies", "Relativity", "Frasier", "Legacy", "Xena: Warrior Princess", "Early Edition", "NYPD Blue", "Swordfish", "Down with Love", "Deadwood", "Jericho", "The O.C.", "24", "Without a Trace", "Human Target", and "Warehouse 13". He is most widely recognized for his co-starring roles on "Judging Amy" and "Psych". Timothy Omundson lives in Los Angeles with his wife Allison and their two daughters. 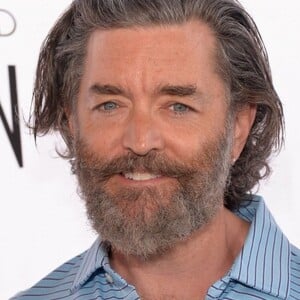