What is Timothy Hutton's Net Worth and Salary?

Timothy Hutton is an actor and director who has a net worth of $12 million. Timothy Hutton achieved fame in 1980 when he won the Academy Award for Best Supporting Actor for his performance in the film "Ordinary People." He has appeared in numerous films since then, including "Taps," "The Falcon and the Snowman," "City of Industry," "Kinsey," "Louder Than Words," and "Beautiful Boy." On television, Hutton had main roles on "A Nero Wolfe Mystery," "Leverage," and "American Crime," among other shows.

Timothy Hutton was born on August 16, 1960 in Malibu, California to teacher Maryline and actor Jim. When he was three, his parents divorced, and he went to live with his mother and older sister Heidi in Boston. The family then lived in Harwinton, Connecticut before returning to California in the early 70s. At the age of 15, Hutton decided to seek out his father, and subsequently moved in with him in Los Angeles. There, Hutton went to Fairfax High School. While performing in a school production of "Guys and Dolls," he realized he wanted to pursue a career as an actor.

Hutton began his acting career on television in the late 70s, appearing in a number of television films. His credits were "Zuma Beach," "Friendly Fire," "The Best Place to Be," "And Baby Makes Six," and "Young Love, First Love." In 1980, he was in the television films "Sultan and the Rock Star" and "Father Figure."

Hutton had his breakthrough role in 1980 in Robert Redford's film "Ordinary People," based on the eponymous novel by Judith Guest. He played Conrad Jarrett, a young man struggling with post-traumatic stress disorder and survivor's guilt following the accidental death of his older brother, and trying to cope with the disintegration of his upper-middle-class suburban family. The film starred Mary Tyler Moore and Donald Sutherland as his parents, and Judd Hirsch as his psychiatrist. For his performance, Hutton won the Academy Award for Best Supporting Actor, making him the youngest performer ever, at the age of 20, to win in that category. Additionally, "Ordinary People" won Best Picture, Best Director, and Best Adapted Screenplay. 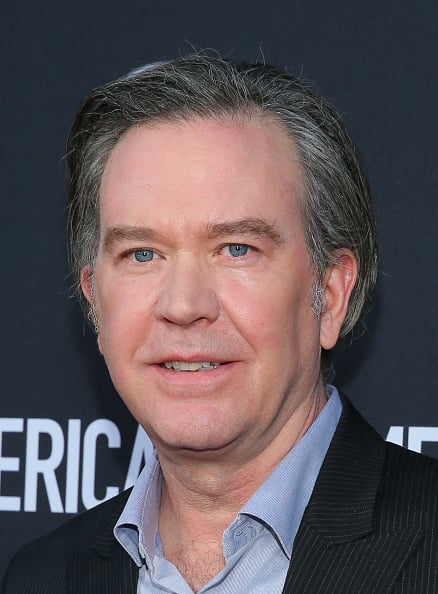 Following his huge success with "Ordinary People," Hutton starred alongside Tom Cruise, Sean Penn, and George C. Scott in the drama "Taps," a substantial commercial success. He was next in Sidney Lumet's "Daniel" and Fred Schepisi's "Iceman." In 1985, Hutton starred in the action film "Turk 182," and had a popular success with John Schlesinger's spy drama "The Falcon and the Snowman," in which he starred opposite Sean Penn. His subsequent credits included "Made in Heaven," "A Time of Destiny," and "Torrents of Spring." In the early 90s, Hutton starred in "Q&A," "The Temp," and George A. Romero's "The Dark Half," in which he played the dual roles of Thad Beaumont and George Stark. He followed this with such films as "French Kiss," "Beautiful Girls," "City of Industry," "Playing God," "The General's Daughter," and "Deterrence."

Hutton began the 2000s with roles in "Just One Night" and "Sunshine State." In 2004, he appeared in "Secret Window" and "Kinsey." Hutton had a major year in 2006, appearing in a whopping six films: they included "Stephanie Daley," "The Kovak Box," and "The Good Shepherd." He continued to be prolific on the big screen throughout the remainder of the decade, appearing in "The Last Mimzy," "The Alphabet Killer," "Lymelife," "Broken Hill," "The Killing Room," "Multiple Sarcasms," and "Serious Moonlight," among other titles. Among Hutton's other notable credits are "The Ghost Writer," "Louder Than Words," "All the Money in the World," "Beautiful Boy," "The Glorias," and "The Long Home."

On television, Hutton had his first main role in a series in the A&E detective drama "A Nero Wolfe Mystery," which ran from 2001 to 2002. He played Archie Goodwin, the assistant to the titular gumshoe. Next, in 2004, Hutton starred in the science-fiction miniseries "5ive Days to Midnight." He had his next main role on a series from 2006 to 2007, when he played Conrad Cain on the short-lived NBC drama "Kidnapped." In 2008, Hutton landed his biggest television role yet on the TNT action crime series "Leverage," playing thief and former insurance investigator Nate Ford. The show ran for five seasons through 2012. Hutton's next main role came in 2015, when he played Russ Skokie in the first season of the ABC anthology series "American Crime"; he returned in subsequent seasons to play Coach Dan Sullivan and Nicholas Coates.

In 2018, Hutton appeared in the first season of the political thriller series "Jack Ryan." He also began a recurring role on the fifth season of the ABC legal thriller "How to Get Away with Murder." Hutton has also had main roles in the supernatural horror miniseries "The Haunting of Hill House" and on the short-lived Fox drama "Almost Family."

Behind the camera, Hutton directed an episode of the anthology television series "Amazing Stories" in 1986. Later, in 1997, he made his feature film directorial debut with the drama "Digging to China," starring Evan Rachel Wood in her own screen debut. Additionally, Hutton directed seven episodes of the television series "A Nero Wolfe Mystery," on which he also starred. 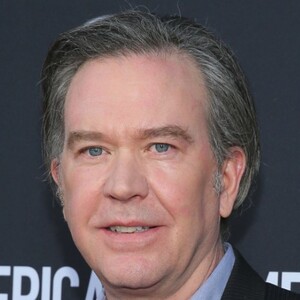