Timothy Dalton net worth and salary: Timothy Dalton is a British actor of the stage and screen who has a net worth of $20 million. Dalton best known for being the fourth person to portray James Bond in the Eon Productions film series. Among his other film credits are "The Lion in Winter," "Mary, Queen of Scots," "Flash Gordon," "The Rocketeer," and "Hot Fuzz." On television, he has starred in the miniseries "Jane Eyre" and "Scarlett," and on the shows "Doctor Who," "Penny Dreadful," and "Doom Patrol."

Timothy Dalton was born as Timothy Leonard Dalton Leggett in 1946 in Colwyn Bay, Denbighshire, Wales. His mother, Dorothy, was an American of Irish and Italian descent, while his father, Peter, was a British advertising executive who had been a captain during World War II. When Dalton was young, the family moved to Belper, Derbyshire, England, where he attended the Herbert Strutt Grammar School. After seeing a production of "Macbeth" at the age of 16, Dalton decided to become an actor, and landed a role in a production of the Shakespeare play at The Old Vic. He subsequently left school to enroll at the Royal Academy of Dramatic Art, and to go on tour with the National Youth Theatre.

In 1968, Dalton made his film acting debut in the historical drama "The Lion in Winter," playing Philip II in a cast featuring Katharine Hepburn, Peter O'Toole, and Anthony Hopkins. He followed this with more period pieces, including an adaptation of "Wuthering Heights," in which he played Heathcliff; "Cromwell," a biopic about Oliver Cromwell in which he played Prince Rupert of the Rhine; and "Mary, Queen of Scots," in which he portrayed Henry Stuart, Lord Darnley. He was subsequently in the spy thriller "Permission to Kill," the musical comedy "Sextette," the Spanish biopic "The Man Who Knew Love," and the thriller "Agatha." Dalton began the 1980s with roles in the comic-strip adaptation "Flash Gordon" and the historical drama "Chanel Solitaire."

After appearing in the gothic horror film "The Doctor and the Devils," Dalton made his debut as secret agent James Bond in 1987's "The Living Daylights," the 15th film in the Bond franchise. A critical and commercial success, the film grossed more than either of the two previous Bond films starring Roger Moore. This was followed by "Licence to Kill" in 1989, which did well in most markets, but struggled in the US against substantial box office competition. In 1994, Dalton surprised the public when he announced his retirement from the Bond franchise; he was ultimately succeeded by Pierce Brosnan, who had been approached for the role in the 80s.

In contrast to Moore's relatively lighthearted portrayal, Dalton played Bond with more darkness and gravity, seeking to emphasize the grittiness of Ian Fleming's original novels. His approach proved fairly polarizing, with some celebrating his more serious interpretation and others bemoaning its lack of humor.

Following his work as Bond, Dalton starred in "The King's Whore," and played a Nazi spy in the Disney superhero film "The Rocketeer." He was subsequently in "Naked in New York," the family film "Salt Water Moose," and the Fran Drescher romcom "The Beautician and the Beast." Later on, in the 2000s and 2010s, Dalton appeared in the comedy "Hot Fuzz" and the thriller "The Tourist," and lent his voice to the character of Mr. Pricklepants in "Toy Story 3" and "Toy Story 4." 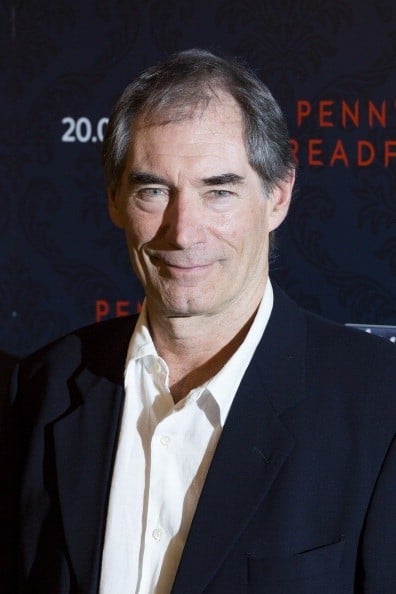 Early on in his television career, Dalton worked mainly for the BBC, appearing in "Sat'day While Sunday" and "The Three Princes" in the late 60s. Later on, he began starring in several miniseries and made-for-television movies. In 1978, he was in the NBC miniseries "Centennial," and in 1983, played Edward Fairfax Rochester in a BBC miniseries adaptation of "Jane Eyre." This was followed by "Mistral's Daughter," "The Master of Ballantrae," "Florence Nightingale," and "Sins," costarring Joan Collins. In the 90s, Dalton was in the British crime drama "Framed"; the six-hour miniseries "Scarlett," loosely based on the sequel novel to "Gone with the Wind"; the Showtime movie "The Informant"; the HBO movie "Made Men," with James Belushi; the historical drama "The Reef"; and "Cleopatra," a miniseries adaptation of the historical fiction novel "The Memoirs of Cleopatra."

More television films followed in the 2000s, including "Time Share" and "Possessed." In 2005, Dalton was in the NBC miniseries "Hercules," and in 2006, appeared on the British ITV program "Agatha Christie's Marple." From 2009 to 2010, the actor was both the narrator and the character of Rassilon on the science-fiction series "Doctor Who." He also had a recurring role in six episodes of the NBC spy comedy series "Chuck." In 2014, Dalton was cast in a leading role on the horror drama series "Penny Dreadful," portraying explorer Malcolm Murray. Another main role came in 2019, when Dalton began playing doctor Niles Caulder on the DC Comics superhero series "Doom Patrol."

On stage, Dalton has performed in a number of productions across an array of venues. In the 70s, he played Romeo in "Romeo and Juliet" at the Royal Shakespeare Theatre, and portrayed Henry, Prince of Wales in "Henry IV" at Round House Theatre in Maryland. Among his other credits during the decade were "The Vortex," "Black Comedy," "White Lies," and "The Romans." In the 80s, Dalton starred in "Antony and Cleopatra," "The Taming of the Shrew," and "A Touch of the Poet," and played Harry Percy in "Henry IV" at London's Barbican Centre. Later credits have included "Love Letters," "Peter and the Wolf," and "His Dark Materials."

From 1971 to 1986, Dalton dated actress Vanessa Redgrave. Later, he briefly dated actresses Stefanie Powers and Whoopi Goldberg. In the 90s, he was in a relationship with musician Oksana Grigorieva; together, they had a son, Alexander. The pair split in 2003. 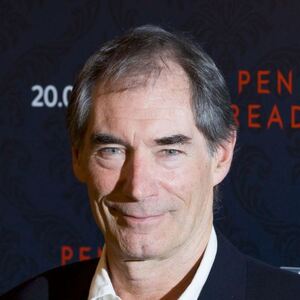