Tim Pocock Net Worth: Tim Pocock is an Australian actor who has a net worth of $2 million. Tim Pocock was born in Sydney, New South Wales, Australia, in 1985, and studied at Sydney's Redfield College. He fell in love with acting while in school, making his feature film debut as Scott Summers in 2009's "X-Men Origins: Wolverine", which is perhaps his best-known role to date.

Pocock also appeared in 2013's "Lemon Tree Passage" as Toby Stone and "Forbidden Ground" as Angus O'Leary. He's also well known for appearing as Ethan Karamakov on the Australian teen drama "Dance Academy", which has run for three seasons. His other TV and film credits include three episodes as Angus McCathie on "Home and Away", ten episodes as Robbie Matthews on "Camp", "Cops LAC", and the war movie "Battleground". He also worked as a composer on 2013's "Project A.B.C.". Pocock is a well-known opera singer and realized he wanted to break into acting while he was performing in a stage production of "Billy Budd". Pocock lamented that he was distraught that the audience couldn't see him cry during his performance because he was too far away from them and, after that, he knew he needed to be seen on camera. 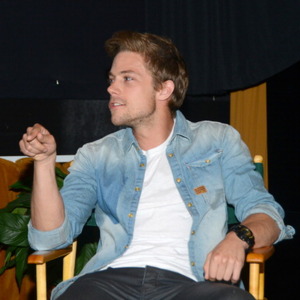