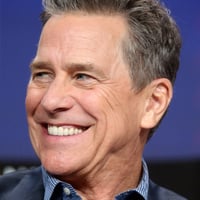 What is Tim Matheson's Net Worth?

Tim Matheson is an American actor, director, and producer who has a net worth of $7 million. Tim Matheson's career on television and film has spanned over six decades. On the small screen, he is known for his roles on the series "The West Wing," "Burn Notice," "Hart of Dixie," and "Virgin River," and for voicing the titular character on the 1960s animated show "Jonny Quest." Matheson's notable film credits include "Yours, Mine and Ours," "Magnum Force," "Animal House," "Dreamer," "The Story of Us," and "6 Balloons."

Tim Matheson was born as Timothy Lewis Matthieson on New Year's Eve, 1947 in Glendale, California. His parents were Clifford and Sally.

Television Acting Career in the 60s and 70s

Matheson began acting on television as a teenager in the early 60s. He made appearances on "Window on Main Street," "The Alvin Show," "Leave it to Beaver," "My Three Sons," and "Ripcord." From 1964 to 1965, he voiced the titular character on the animated show "Jonny Quest." Matheson continued lending his voice to animated series, including "Sinbad Jr. and his Magic Belt," "Space Ghost," and "Samson & Goliath." He landed his most substantial role yet in 1969, when he joined the Western series "The Virginian" in its eighth season to play Jim Horn.

Matheson became more prolific on the small screen in the 70s. Early in the decade, he appeared on numerous shows, including "Bracken's World," "Matt Lincoln," "The D.A.," "Night Gallery," "Ironside," "Insight," and "Medical Center." He also played the recurring role of Griff King in the final season of the Western series "Bonanza." Later in the decade, Matheson starred alongside Kurt Russell on the short-lived Western series "The Quest." His other credits in the 70s included episodes of "Police Story," "Rhoda," "Petrocelli," "Hawaii Five-O," and "How the West Was Won," as well as television films such as "The Runaway Barge" and "Mary White." 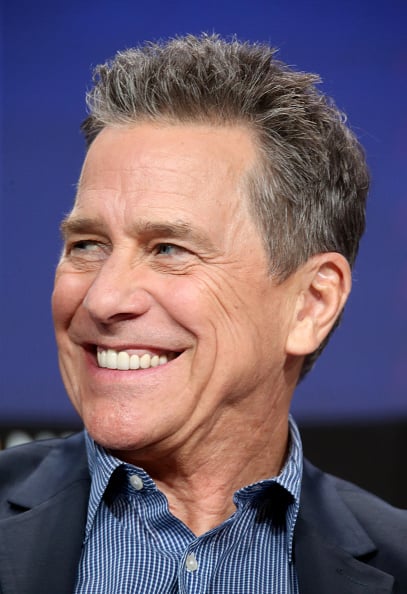 Television Acting Career in the 80s and 90s

Matheson's first role on the small screen in the 80s was in a television film adaptation of the play "Bus Stop." He then starred opposite Catherine Hicks on the short-lived detective series "Tucker's Witch" and appeared in the television films "Listen to Your Heart," "The Best Legs in the Eighth Grade," and "Blind Justice," among others. Toward the end of the decade, Matheson starred on the short-lived sitcom "Just in Time" and in the biographical television film "The Littlest Victims," in which he portrayed the first US physician to diagnose AIDS in children.

Matheson continued starring in television films throughout the 90s. His credits early in the decade included "Buried Alive," "Sometimes They Come Back," "The Woman Who Sinned," "Quicksand: No Escape," and "Trial & Error." Matheson subsequently starred in such television films as "An Unfinished Affair," "Buried Secrets," and "Forever Love." Also during the decade, he starred as the titular character on the short-lived sitcom "Charlie Hoover" and appeared on the anthology series "Fallen Angels" and "Dead Man's Gun." Matheson closed out the decade with one of his most acclaimed roles, playing Vice President John Hoynes on the political drama series "The West Wing." He continued in that role through the show's conclusion in 2006, earning two Emmy Award nominations during that time.

Beginning the new millennium, Matheson appeared in the television films "Navigating the Heart," "Hell Swarm," "Sharing the Secret," and "Jackie Bouvier Kennedy Onassis," in which he portrayed JFK. From 2001 to 2002, he starred on the supernatural drama series "Wolf Lake," and in the latter year starred on the short-lived series "Breaking News." Matheson went on to portray Andy Stewart in the biographical television film "Martha, Inc.: The Story of Martha Stewart." The year after that, he played Pontius Pilate in the television film "Judas." Matheson had his next major role on the espionage series "Burn Notice" from 2007 to 2013, playing the recurring role of "Dead" Larry Sizemore. During that span of time, he starred in the television films "To Love and Die" and "Body Politic" and made appearances on such shows as "Entourage" and "White Collar." Matheson also began playing Dr. Bertram "Brick" Breeland on "Hart of Dixie," a role he continued through the show's end in 2015.

In 2016, Matheson portrayed Ronald Reagan in the television film "Killing Reagan." The next year, he made his first of two appearances as Fred Moran on the political drama series "Madam Secretary" and as Richard on the sitcom "Me, Myself & I." Matheson subsequently had notable guest roles on "The Good Fight," "The Affair," and "The Goldbergs." In 2019, he began playing the main role of physician Doc Mullins on the romantic drama streaming series "Virgin River." Among his other credits, Matheson appeared in multiple episodes of the family drama series "This is Us" and the supernatural drama series "Evil."

On the big screen, Matheson made his debut in the 1967 film "Divorce American Style." He subsequently played Mike, one of the ten Beardsley children, in the family dramedy "Yours, Mine and Ours." Matheson's final credit of the 60s was the comedy "How to Commit Marriage." His next role was as Officer Phil Sweet in the 1973 Clint Eastwood action crime film "Magnum Force." Five years after that, Matheson had one of his most iconic roles, starring as Eric "Otter" Stratton opposite John Belushi in the comedy "Animal House." He went on to appear in "Almost Summer," "Dreamer," "The Apple Dumpling Gang Rides Again," and "1941."

In 1982, Matheson starred opposite Kate Capshaw in the comedy "A Little Sex," and the following year starred in Mel Brooks' remake of the war comedy "To Be or Not to Be." Next came starring roles in the comedies "The House of God" and "Up the Creek" and in the science-fiction thriller "Impulse." In 1985, Matheson appeared alongside Chevy Chase in the neo-noir comedy thriller "Fletch." His final credit of the decade was the action comedy "Speed Zone." In the 90s, Matheson was in such films as "Solar Crisis," "Black Sheep," "A Very Brady Sequel," "A Very Unlucky Leprechaun," and "The Story of Us." His notable 21st-century credits have included "Chump Change," "Van Wilder," "Don't Come Knocking," "Redline," "6 Balloons," and the 2019 remake of the slasher film "Child's Play."

In addition to his acting, Matheson has been prolific as a television director. He has directed episodes of a plethora of shows, only some of which include "Ed," "Without a Trace," "Cold Case," "Las Vegas," "The West Wing," "Criminal Minds," "Psych," "Burn Notice," "Hart of Dixie," "The Last Ship," and "Virgin River." Matheson has also directed such television films as "Breach of Conduct," "Buried Alive II," "In the Company of Spies," and "True Confessions of a Hollywood Starlet."

Tim splits his time between an oceanfront condo in Marina Del Rey, California and a home a few hours north in Montecito.