Tim Guinee net worth: Tim Guinee is an American actor who has a net worth of $3 million. Tim Guinee was born in Los Angeles, California in November 1962. Tim founded a theater group in Texas and then attended the American Academy of Dramatic Arts in New York. He graduated from the North Carolina School of Arts.

Guinee has over 130 acting credits to his name starting with the film Tai-Pan in 1986. From 1999 to 2002 he starred as Capt. Paul Turner in the television series Strange World. He starred as Andrew Wiley in the TV series The Good Wife from 2011 to 2012. From 2012 to 2014 Guinee starred as Ben Matheson in the series Revolution. He has also had recurring roles in the TV series Wiseguy, L.A. Law, Golden Years, Tarzan, In Justice, Stargate SG-1, Ghost Whisperer, 24, Lie to Me, Trauma, Homeland, Elementary, and Hell on Wheels. He has also starred in the movies American blue Note, Blade, Courage Under Fire, Iron Man, Iron Man 2, John Carpenter's Vampires, Ladder 49, and Stargate: The Ark of Truth. 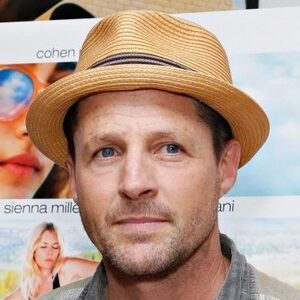