Tim DeKay Net Worth and salary: Tim DeKay is an American actor, director, and producer who has a net worth of $3 million. Tim DeKay was born in Ithaca, New York in June 1963. DeKay received his MFA from Rutgers University. His first appearance came from 1995 to 1996 in the SeaQuest 2032 television series.

From 1997 to 1999 DeKay starred as Dr. Paul Thomas in Party of Five. He starred as Clayton "Jonesy" Jones in the TV series Carnivale from 2003 to 2005. Since 2009 he has starred as Peter Burke in the USA television series White Collar. DeKay has appeared in episodes of Seinfeld, Grace Under Fire, Touched by an Angel, The Larry Sanders Show, Diagnosis Murder, Ellen, Caroline in the City, The Practice, Sports Night, Ally McBeal, Friends, Malcolm in the Middle, Without a Trace, CSI: Crime Scene Investigation, My Name Is Earl, Cold Case, Numb3rs, NCIS, CSI: Miami, The New Adventures of Old Christine, Scrubs, Law & Order: LA, Chuck, Body of Proof, and Revenge. He has also starred in the films If These Walls Could Talk, Invasion, Almost Heroes, The Crow: Salvation, Swordfish, The Chumscrubber, and Get Smart. 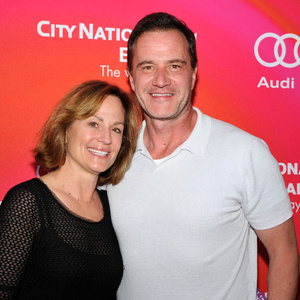