What was Tim Conway's Net Worth and salary?

Tim Conway is an American actor and comedian who had a net worth of $15 million dollars at the time of his death in 2019. Tim Conway was rose to fame in the mid 1960s and continued working in Hollywood until 2012, during which time he appeared in over 100 films and television shows.

In the late 50s, Tim began working for KYW-TV, and then for WJW-TV, performing sketch comedy. He began to gain a following as the co-host of "Ghoulardi", a late-night horror film show on Friday nights. After famed comedic actress Rose Marie saw some of his sketch comedy work, she invited him to move to New York, and he began performing as part of "The Steve Allen Show". He became a household name when he was cast as Ensign Charles Parker on "McHale's Navy". From there he went on to star on his own short-lived series, "The Tim Conway Show", and then shot a series of popular comedic films opposite Don Knotts. He joined the cast of "The Carol Burnett Show" in 1975, and remained with the program through the end of its run, winning five Emmy Awards while with the show.

Conway was born on December 15, 1933 in Willoughby, Ohio, a suburb of Cleveland. He was given the name Thomas Daniel Conway but later began going by Tim in order to avoid confusion with British actor, Tom Conway. His parents were Sophia Murgoiu and Daniel Conway. His father had immigrated to the United States in 1927, the son of Scottish parents but born in Ireland. He worked as a groomer for polo ponies.

For college, he attended Bowling Green State University in Bowling Green, Ohio. There, he majored in television and radio and worked as a disc jockey. He was also a member of the Phi Delta Theta fraternity. Upon graduating, he enlisted in the United States Army and served from 1956 until 1958.

After being discharged from the Army, Conway returned to Ohio and began a career in television, first working for an NBC affiliate and then with WJW-TV, a CBS affiliate. He worked on a weekday morning film show and also began writing skits and sketches that were shown during film intermissions. He then got a role on "The Steve Allen Show" in 1961 followed by a part in "McHale's Navy." He then appeared in a number of other short-lived television series throughout the 1960s.

In 1970, he got his own show alongside Joe Flynn called, "The Tim Conway Show." The series ran for the first half of the year and then Conway was given his own comedy hour, "The Tim Conway Comedy House," which lasted 13 weeks. In 1975, Conway became a regular on "The Carol Burnett Show," after having often appeared on the previous eight seasons. His work on the show was well-received and he earned four Emmy Awards – one for writing and three for performing. He remained a regular on the show until its end in 1978.

Thanks in part to his success on "The Carol Burnett Show," Conway was again given his own one-hour variety show, again called "The Tim Conway Show." It aired on CBS in 1980 and lasted in mid-1981. 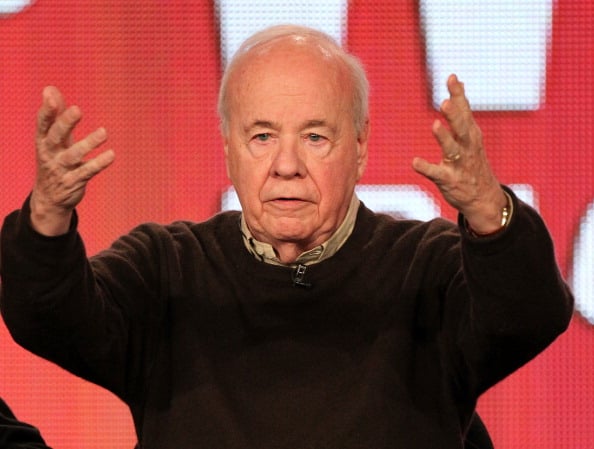 Additionally, he began doing voice work in the 1970s. He voiced himself in an episode of "The New Scooby Doo Movies" in 1973. Later in his career, in 1999, he reunited with an old friend, Ernest Borgnine, to become the first guest stars of Nickelodeon's "SpongeBob SquarePants." He voiced the role of Mermaid Man while Borgnine voiced the character of Barnacle Boy. The creators of the show had created the characters with Conway and Borgnine in mind, as they had been fans of "McHale's Navy." They continued voicing the characters periodically on the show until Conway became ill near the end of his life. He also worked with friend Don Knotts to provide the voices for the children's series, "Hermie and Friend" beginning in 2003.

Some of Conway's later roles include parts in "Air Bud: Golden Retriever" in 1998 and "Dear God" in 1996. He also worked with Harvey Korman to create a Collector's Edition DVD of new comedy sketches called, "Together Again."

Much of Conway's well-known work is the result of collaborations with other comedians, actors, and friends. Some of his most frequent collaborators include Ernie Anderson, Harvey Korman, Don Knotts, and Pasquale Murena. Over the span of his career, Conway received numerous awards and accolades, including multiple Primetime Emmy Awards, both for his acting and his writing. He has also won Golden Globe Awards, TV Land Awards, and received Writers Guild of American Award and American Comedy Award nominations. In 1989, he received a star on the Hollywood Walk of Fame. In 2002, he was inducted into the Television Hall of Fame.

In 1961, Conway married Mary Anne Dalton. They had six children together and remained married until 1978. In 1984, he married Charlene Fusco. They did not have any children together but Charlene had a daughter, Jacqueline, who became Conway's stepdaughter. In his spare time, Conway enjoyed thoroughbred horse racing. He occasionally owned racehorses and was the co-founder and vice-president of the board of directors of the Don MacBeth Memorial Jockey Fund.

In 2018, Conway was diagnosed with dementia due to normal pressure hydrocephalus. During this time, a legal battle began between one of Conway's daughters, Kelly, and his wife, Charlene, both of whom wanted sole conservatorship over his health. Charlene had not been allowing Kelly to see her father or speak to any doctors about his health. Ultimately, a judge ruled against Kelly's claim given that his wife had been named power of attorney.

On May 14, 2019, Conway died at the age of 85 due to complications related to his brain condition at a facility in Los Angeles. Following his death, many celebrities paid tribute to him, including Patton Oswalt, Ben Stiller, Larry King, Judd Apatow, Carol Burnett, Patricia Heaton, Andy Richter, and Conon O'Brien, among others. 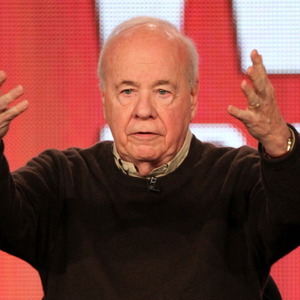