Til Schweiger Net Worth

in Richest Celebrities › Actors
Til Schweiger Net Worth:
$30 Million

Til Schweiger net worth: Til Schweiger is a German actor, director, and producer who has a net worth of $30 million dollars. Til Schweiger was born in Freiburg, West Germany. He began making waves as performer in the early 90s, and has since gone on to win a number of major film awards, both as an actor and as a director/producer, in Germany and abroad.

He has won five Bambi Awards (the German Oscar), and his film, "Keinohrhasen" (Rabbit Without Ears), became the highest grossing German film. He is known to American audiences for his film work in such projects as, "Already Dead", "King Arthur", "Tomb Raider: The Cradle of Life", "Driven", "Investigating Sex", "The Replacement Killers", "Inglorious Basterds", "The Courier", and "This Means War". He is next slated to appear in the sequel to his hit film, "Kokowääh", which he starred in, wrote, directed, produced, and on the television show, "Tatort". 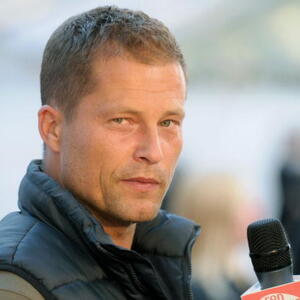