Tika Sumpter net worth and salary: Tika Sumpter is an American actress, singer, and model who has a net worth of $6 million dollars. Tika Sumpter was born in Queens, New York and graduated from Marymount Manhattan College with a degree in Communications. She began her professional career as a model, appearing in both commercials and print ad campaigns.

In 2004, she became the host of the short-lived series, "Best Friend's Date". In 2005, she was cast in the role that would bring her widespread recognition, as Layla Williamson on "One Life to Live". In addition to her work on "One Life to Live", she has had recurring roles on "Gossip Girl" and "The Game". She has also appeared in such films as "Stomp the Yard: Homecoming", "Salt", "What's Your Number", "Think Like a Man", "Sparkle", and "My Man is a Loser". In 2013 she began starring on the Tyler Perry soap opera, "The Haves and the Have-Nots". 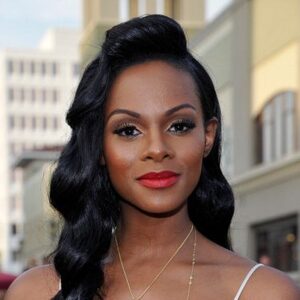