Tiger Shroff net worth: Tiger Shroff is an Indian actor and martial artist who has a net worth of $5 million. Tiger Shroff was born in India in March 1990. He is the son of actor Jackie Shroff and producer Ayesha Dutt. Shroff made his film debut in the 2014 movie Heropanti as Bablu.

In 2016 he starred as Ranveer "Ronnie" Pratap Singh in the film Baaghi and as Aman Dhillon in the movie A Flying Jatt. Tiger Shroff starred as Manav "Munna" Roy in the 2017 film Munna Michael. He starred as Ranveer "Ronnie" Pratap Singh in the movie Baaghi 2 in 2018. In 2019 he starred as Rohan Sachdev in the movie Student of the Year 2. Shroff has also starred in music videos for the artists Atif Aslam, Arijit Singh, Meet Bros, Aditi Singh Sharma, Armaan Malik, Benny Dayal, and Badshah. In 2014 Tiger Shroff won a Stardust Award for Superstar of Tomorrow – Male. He won a BIG Star Entertainment Award for Most Entertaining Actor – Male and a Star Guild Award for Best Male Debut. In 2015 he won an IIFA Award for Star Debut of the Year – Male and a Life Ok Screen Award for Most Promising Newcomer – Male. 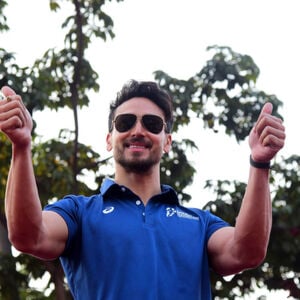