Tiffany Thornton is an American actress and singer who has a net worth of $2 million dollars. Tiffany Thornton was born in College Station, Texas on February 14, 1986. She is an alumnus of Texas A & M University. Thornton's first television appearance was on the pilot episode of Quintuplets. She then went on to appear in shows such as 8 Simple Rules, American Dreams, The O.C., Desperate Housewives, That's so Raven, Jericho, Wizards of Waverly Place and Hannah Montana.

Starting in 2009, Thornton became best known for her co-starring role as Tawni Hart on the Disney Channel Original Series, Sonny with a Chance. In 2011, Sonny with a Chance was replaced by So Random! where she continued to play the role of Tawni Hart through 2012. She has also appeared in the Disney Original Movie, Hatching Pete and HBO's Game Change. In November of 2011, Thornton married Christopher Carney, former lead singer of the band The Prom Kings, in Hot Springs National Park. They welcomed their first son, Kenneth James on August 14, 2012. On March 1, 2014 their second son, Bentley Cash was born. 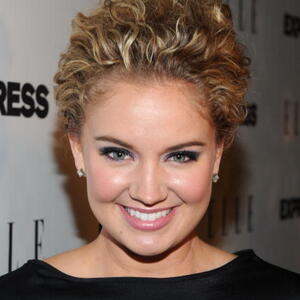