What is Tiffany Haddish's net worth and salary?

Tiffany Haddish is an American dancer, actress, and comedian who has a net worth of $6 million. Tiffany Haddish is best known for her roles in various films and television series. She has also emerged as a talented voice actor after working on various animated productions and video games.

Tiffany Haddish was born on December 3rd of 1979 in Los Angeles. Her father was an immigrant, while her mother owned a small business. Haddish's father left the family when she was three, leaving her mother to raise her various children. However, tragedy stuck in 1988 when Tiffany Haddish's mother was involved in a serious car accident that gave her brain damage. This triggered a schizophrenic episode, making the next two years incredibly difficult for Haddish and her half-siblings.

Her mother essentially experienced a massive personality change, becoming violent and abusive. Tiffany Haddish discovered that if she made her mother laugh, she would be less likely to become angry. This proved to be the beginning of her journey into comedy. At age 12, Tiffany Haddish was put in a foster home and separated from her half-siblings. At age 15, Haddish's grandmother started looking after her.

Despite being a bright and talented student, Tiffany Haddish was frequently disciplined for breaking the rules at school. A social worker discovered that Haddish had significant psychological trauma, and gave her the option to go to a comedy camp rather than attend therapy. This experience allowed her comedic talents to become an outlet for her, and she later stated that it saved her life.

Tiffany Haddish then attended Santa Monica College in her 20s, and juggled the demands of university with a blooming career in comedy. Haddish struggled with financial burdens at this time and later admitted that she was living in her car for many years while she tried to break into the comedy world. In order to support herself, Haddish took on many jobs, including working as a customer service rep for various airlines.

After many years of trying to break into the entertainment world, Tiffany Haddish had her big break when she appeared in the competition Bill Bellamy's Who's Got Jokes? Her talents were immediately noticed, and she later started auditioning for various roles on TV shows. Soon enough, she was booking roles on shows like That's So Raven, My Name is Earl, It's Always Sunny in Philadelphia, and Def Comedy Jam. She also started to book roles in movies, such as Meet the Spartans.

In 2013, Tiffany Haddish started to book recurring roles. The first of these came when she started appearing regularly on Real Husbands of Hollywood. She then started appearing in If Loving You Is Wrong on the Oprah Winfrey Network, although she left the show after one season to pursue a bigger and better opportunity – a more substantial role in The Carmichael Show. Fans of this series will remember Tiffany Haddish as the wife of Bobby Carmichael. She remained a regular cast member for three seasons.

In 2016, she became even more of a household name in the entertainment industry after starring alongside Keegan-Michael Key and Jordan Peele (Key and Peele) in the movie Keanu. 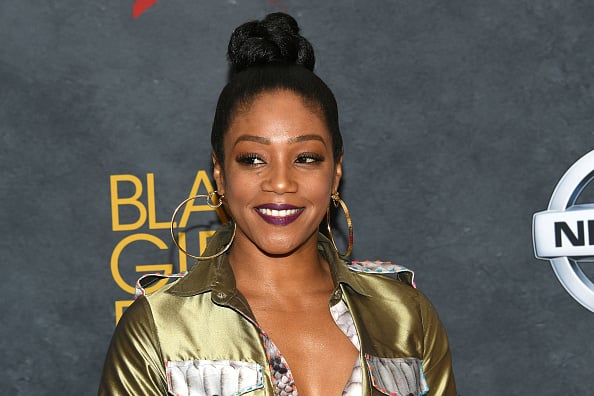 Although Tiffany Haddish was certainly becoming successful in the entertainment industry, it wasn't until 2017 that she became truly world-famous. During this year, she appeared in the hit movie Girls Trip. Although Haddish appeared alongside acting legends, such as Jada Pinkett Smith and Queen Latifah, Haddish managed to stand out with her comedic skills and win widespread critical acclaim.

With the level of fame that Girls Trip had provided, Tiffany Haddish was able to release her comedy special later that year. It was entitled Tiffany Haddish: She Ready!, and it was well-received by critics. She later hosted Saturday Night Live, winning an Emmy Award for her comedic contributions to the show.

In 2018, she joined Tracy Morgan in the cast of The Last O.G., taking a leading role in a sitcom for the first time in her career. She continued the year with a range of additional movie roles. That same year, it was reported that Haddish had signed a lucrative, long-term deal with HBO.

In 2019. Haddish took on a voice-acting role in The Lego Movie 2: The Second Part. She followed this up with another voice acting role in the Netflix animated series Tuca & Bertie. She then became the host of Kids Say the Darndest Things, reviving the classic show that was once hosted by Bill Cosby. That year, she also released another comedy special. Entitled Tiffany Haddish Presents: They Ready, the special focused less on Haddish and more on up-and-coming comedians that Haddish wanted to help reach fame. In 2020, Haddish starred in Like a Boss.

In addition to acting, comedy, and dancing, Tiffany Haddish has explored a range of other additional ventures. In 2017, she released a memoir entitled The Last Black Unicorn, which debuted at number 15 on the New York Time's Best Seller List.

Tiffany Haddish's birth father comes from an Ethiopian-Jewish lineage, and she later adopted the Jewish faith at age 40 with a formal Bat Mitzvah. Prior to this, she had traveled to Eritrea to reconnect with her roots and bury her father. She later became a naturalized citizen of Eritrea.

Tiffany Haddish admitted that was raped as a teenager, which led to her developing an aggressive nature towards romantic advances by men in her life. Haddish married William Stewart twice, divorcing him both times. 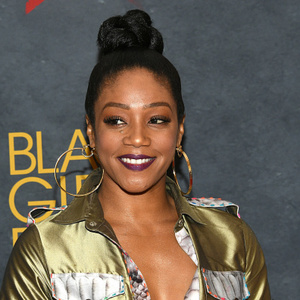