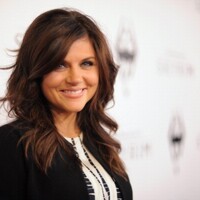 What is Tiffani-Amber Thiessen's Net Worth and Salary?

Tiffani-Amber Thiessen was born on January 23, 1974, in Long Beach, California. Her mother, Robyn, was a homemaker, and her father, Frank, was a landscape architect and park designer. She has two brothers, Todd and Schyler, and she attended Cubberley Elementary, Marshall Junior High School, and Valley Professional High School. When Tiffani graduated in 1992, she was the valedictorian of her class.

Thiessen began competing in beauty pageants as a child, and in 1987, she was named Miss Junior America. In 1988, she graced the cover of "Teen" magazine after winning the publication's "Great Model Search." "Cover Girl" magazine named Tiffani "Model of the Year" in 1989, and that year, she was cast in the role that would change her life: Bayside High head cheerleader Kelly Kapowski on "Saved by the Bell." She appeared in 75 episodes over four seasons and later reprised her role in 18 episodes of "Saved by the Bell: The College Years." While starring on "Saved by the Bell," Thiessen guest-starred on "Charles in Charge" (1990), "Married… with Children" (1990), "The Hogan Family" (1990), "Step by Step" (1992), and "Blossom" (1992) and made her big screen debut in the 1993 Pauly Shore movie "Son in Law." In 1994, she began playing Valerie Malone on Fox's "Beverly Hills, 90210," appearing in 136 episodes of the popular series. Around this time, Tiffani also starred in the made-for-TV movies "The Stranger Beside Me" (1995), "She Fought Alone" (1995), and "Sweet Dreams" (1996). 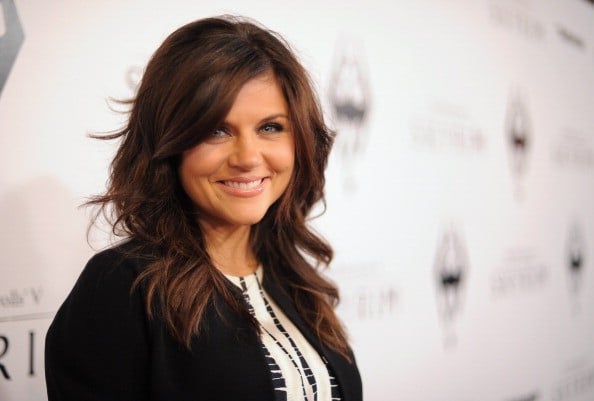 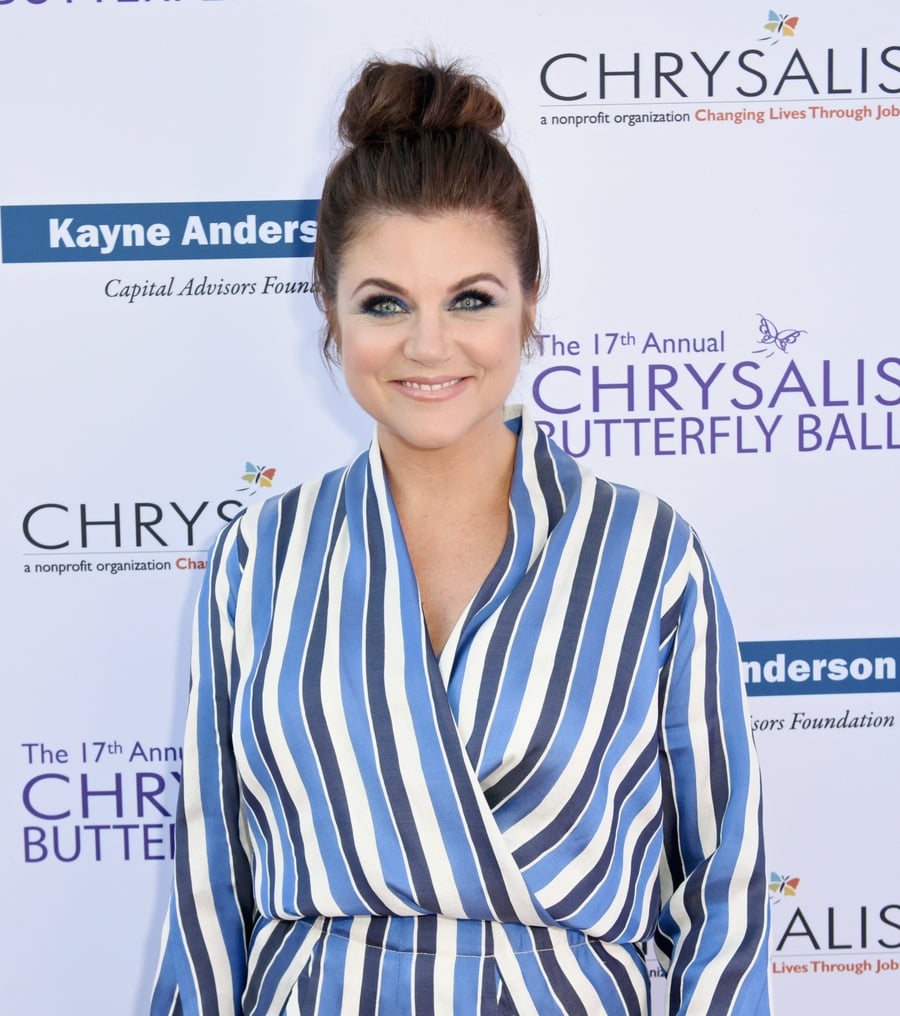 Tiffani began a relationship with "Beverly Hills, 90210" star Brian Austin Green in 1992 after they were introduced by actor David Faustino. The couple moved in together in the summer of 1994, and they broke up in 1995. She later dated actor David Strickland, and they were in a relationship when he tragically died by suicide in 1999. Thiessen began dating actor Richard Ruccolo after meeting on the set of "Two Guys and a Girl" in 2000. They became engaged in October 2001 but split up in April 2003. On July 9, 2005, Tiffani wed actor Brady Smith, and they welcomed daughter Harper on June 15, 2010, and son Holt on July 1, 2015.

In 2001, she was the maid of honor at the wedding of "Beverly Hills, 90210" co-star Jennie Garth and "Fastlane" co-star Peter Facinelli.

In 2006, Tiffani became a member of the Make-A-Wish Foundation's National Advisory Council, and she volunteered at Camp Rainbow Gold in Idaho, working with children who were suffering from cancer. In 2009, the Green Expo/Green Image Awards honored her with a CLCA Green Image Award for her support of the California Green Movement, and in 2013, she hosted a One Bag party for Earth Month to help Glad promote "clean, green living."

"Saved by the Bell" earned Thiessen three Young Artist Award nominations: Best Young Actress Starring in an Off-Primetime or Cable Series (1992), Best Young Actress in an Off-Primetime Series (1993), and Outstanding Young Ensemble Cast (1990). She received a Teen Choice Award nomination for Choice TV Actress – Drama/Action Adventure for "Fastlane" in 2003, and in 2005, "Just Pray" was nominated for Best Narrative Short at the Tribeca Film Festival and Best Live Action Over 15 Minutes at the Palm Springs International ShortFest.