Tia Mowry Net Worth: Tia Mowry is an American actress, singer, author, and voice-over artist who has a net worth of $4 million. Tia is probably best known for her starring role in the sitcom "Sister, Sister." This show also featured Tia's twin sister, Tamera Mowry. Over the years, the identical twins have appeared in many productions together. Another prime example is the movie "Twitches" and its sequel, "Twitches Too."

Both Tia and Tamera are known for their successful voice acting careers outside of on-screen acting. In addition, the twins were the subject of a reality TV show called "Tia & Tamera." Tia has acted in many productions without her sister. These include TV series like "The Game" and "Instant Mom." Outside of her TV work, Tia has appeared in a number of films such as "Baggage Claim" and "Indivisible." Tia and Tamera started a notable music group in the 90s and released a number of successful singles.

Early Life: Tia Dashon Mowry was born on July 6th of 1978 in Gelnhausen, former West Germany. Both of her parents joined the U.S. Army at a very young age, and they were serving overseas when Tamera and Tia were born. The twins were raised alongside two younger brothers, and the family eventually settled in California. Both Tia and Tamera became born-again Christians when they were eight. During her upbringing, Tia competed in beauty pageants and talent shows.

Career: After the family moved to California, Tia and Tamera began landing small roles in commercials and TV series. After appearing in series like "Dangerous Women," "True Colors," and "Full House" during the early 90s, the Mowry sisters made their breakthrough with "Sister, Sister." Both sisters continued to act in outside projects, most notably with voice acting roles in series like "The Adventures of Hyperman" and "Detention."

In 2000, Tia and Tamera appeared in the TV film "Seventeen Again." Tia then landed a prominent voice acting role on the animated series "Bratz" before reuniting with her sister once more in Disney's "Twitches." After appearing in series like "Love, Inc.," "Girlfriends," and "Strong," Tia reprised her earlier role in the sequel "Twitches Too." Over the next few years, Tia appeared in the reality show "Tia & Tamera." She also appeared in the TV film "The Mistle-Tones." 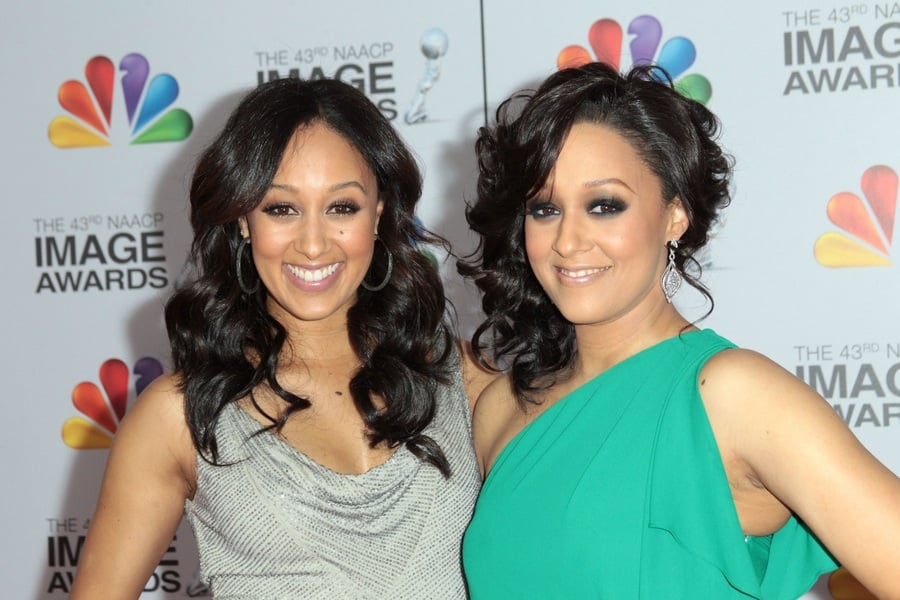 In 2013, Mowry booked a central role in the series "Instant Mom." After this show ended in 2015, Tia appeared in series such as "Rosewood," "Mistresses," "Man with a Plan," and "Nicky, Ricky, Dicky & Dawn." Over the next few years, She appeared in series like "Me, Myself & I," "Prince of Peoria," and "A Black Lady Sketch Show." In 2019, she booked a role in "Family Reunion." Outside of her television work, Tia has appeared in films such as "The Hot Chick," "Baggage Claim" and "Indivisible." She is also known for running her own cooking show and podcast.

Business Ventures: Tia and Tamera have started a company called Need Brand. This coincided with both of them entering motherhood. They have released two products: Milky! (a milk bottle) and Stretchy! (a stretch mark cream). The pair have also released books called "Twintuition: Double Vision" and "Twintuition: Double Trouble."

Relationships: While working on the set of the film "Hollywood Horror," Tia met actor Cory Hardrict. They began dating, and six years later they became engaged. In 2008, the pair were married. Over the course of their relationship, they have had two children together.

Real Estate: In 2019, it was reported that Tia was selling a home in Agoura Hills, California for $1.545 million. The 4,200-square-foot residence features five bathrooms, five fireplaces, and a center-island kitchen. The home also sits on a one-acre plot of land with a patio, a playground, a sports court, and a lawn. The house is situated atop a crest that affords exceptional views of the canyons and mountains. Tia had originally purchased the home two years prior. 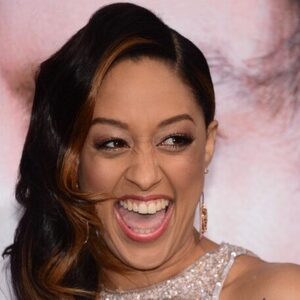