Thora Birch net worth: Thora Birch is an actress who has appeared in dozens of films since a very young age and has a net worth of $8 million. Thora Birch has earned her net worth from a fruitful acting career spanning over twenty years. Birch landed her first role in the short-lived series Day by Bay in the late 80s.

By the 90s, Birch was in high demand for TV and films parts. She was in All I Want for Christmas (1991) Harrison Ford's Patriot Games (1992), Hocus Pocus (1993) and Now and Then (1995), performing alongside Demi Moore and Christine Ricci. However she gained prominence in American Beauty (1999) and was nominated for the British Academy Film and Television Arts award. The millennium saw Birch taking leading roles in The Smokers (2000) and Dungeons and Dragons (2000). She received a Golden Globe Award nomination for her leading performance in the 2001 film Ghost World. In recent years, Birch is still a firm fixture in films appearing, alongside Brittany Murphy, in the 2009 horror Deadline. Birch was due to make her Off-Broadway debut in the remake of Dracula, but was turned down- reasons surrounding her father. 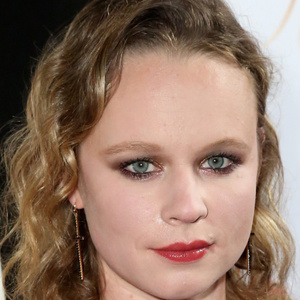