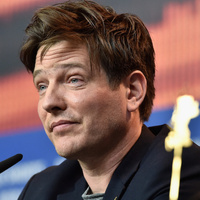 Thomas Vinterberg net worth: Thomas Vinterberg is a Danish film director, writer, actor, and producer who has a net worth of $4 million. Thomas Vinterberg was born in Copenhagen, Denmark in May 1969. He co-founded the Dogme 95 movement along with Lars von Trier. This movement established rules to simplify movie production. He first wrote, directed, and produced the film Sneblind in 1990. Vinterberg has also directed, wrote, and/or produced the movies The Biggest Heroes, The Third Lie, It's All About Love, Dear Wendy, When a Man Comes Home, Submarino, The Hunt, and Far from the Madding Crowd. As an actor he starred in the 2008 television series Deroute as Morten Bertelsen. Vinterberg has won more than 40 awards and has been nominated for two BAFTA Awards.