Thomas Sadoski net worth: Thomas Sadoski is an American actor who has a net worth of $4 million. Thomas Sadoski was born in New Haven, Connecticut in July 1976. He graduated from the Circle in the Square Theatre School in New York. Thomas became engaged to actress Amanda Seyfried in 2016. In 2007 he starred as Jesse Calhoun on the soap opera As the World Turns. Sadoski starred as Don Keefer on the television series The Newsroom from 2012 to 2014. In 2015 he starred as Gary in the series The Slap. Sadoski has starred as Matt in the television series Life in Pieces since 2015. He has starred in the movies Loser, 30 Beats, Wild, John Wick, and I Smile Back. He has also starred in many stage productions and was nominated for a Tony Award in 2009 for reasons to be pretty. 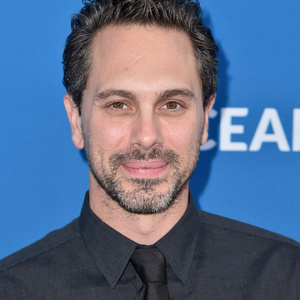