Thomas Roberts net worth and salary: Thomas Roberts is an American news anchor who has a net worth of $4 million dollars. Raised in Towson, Maryland, Thomas Roberts graduated from Western Maryland College with a degree in Communication. He also minored in Journalism. After completing school, he began working for a small station in Maryland, and then moved to San Diego, California.

In California, he worked primarily as a writer and field producer, and then moved to Nebraska to work as a reporter. He began working as an anchor with a Fox affiliate in Florida, and also worked as a correspondent for "Entertainment Tonight" and "The Insider". In 2001, he was hired to work for CNN in Atlanta, Georgia. He co-anchored CNN's "Headline News" until 2007, when he relocated to Washington. After working as a reporter in Washington for a few years, he was hired by MSNBC, and was quickly promoted to a full anchor position. He currently serves as one of the primary daytime anchors. 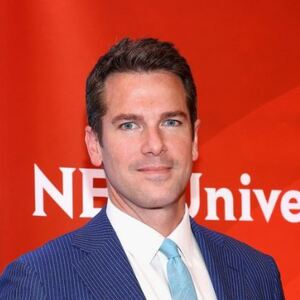