From 1998 to 1999 Ford starred as Malcolm Barker on the TV series New York Undercover. From 1999 to 2001 he had a recurring role on the series The Parkers as Mel Parker. In 1999 Ford starred as Marcus on The Jamie Foxx Show. From 2006 to 2008 he had a recurring role as the Pope of Comedy on the television series Who's Got Jokes?. In 2011 he starred as the Revered on the TV series Let's Stay Together. Ford has also starred in the movies For Love or Money, 4Play, and Highway. He has produced the films At Mamu's Feet, Breeze, Beat Street Resurrection, Pantherless, and Conflict of Interest. In 1996 Ford was nominated for an Image Award for Outstanding Supporting Actor in a Comedy Series for Martin. Outside of acting, he wrote children's books that promoted non-violent and drug-free lifestyles. In October 2016, Tommy's wife told the media that her husband experienced an aneurysm that ruptured in his abdomen. Tommy is reportedly on life support. Unfortunately, Thomas died on October 13, 2016 at the age of 52. 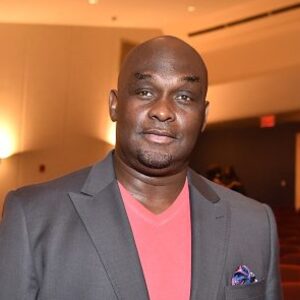