What is Thomas Middleditch's Net Worth and Salary?

Thomas Middleditch is a Canadian actor, comedian, and writer who has a net worth of $7 million. Thomas Middleditch is best known for playing Richard Hendricks on the HBO comedy television series "Silicon Valley." He is also known for his voice acting, with notable credits including the animated television series "Penn Zero: Part-Time Hero" and "Solar Opposites," as well as the animated film "Captain Underpants: The First Epic Movie." Among his other appearances, Middleditch has been a spokesperson in television ads for Verizon Wireless.

Thomas Middleditch was born on March 10, 1982 in Nelson, British Columbia, Canada to British parents. He first got into performing in grade school when he discovered improv, and later acted in a play in the eighth grade. For his higher education, Middleditch went to the University of Victoria to study theater. He subsequently moved to Toronto and enrolled at the George Brown Theatre School, but never started his coursework. Instead, he worked at a New Balance store for money while creating his own sketches in his free time.

Following his time in Toronto, Middleditch moved to the United States to Chicago, Illinois. There, he took classes at the Second City and iO Theater; he also co-founded the Improvised Shakespeare Company in 2005. While performing on a cruise with Second City, Middleditch landed an audition for "Saturday Night Live." He didn't ultimately get on the show, but he did earn a talent holding deal. Consequently, Middleditch moved to New York City. In the Big Apple, he started acting in commercials.

Middleditch began his television acting career doing voice roles on animated series. His first credit was an episode of the Cartoon Network series "Robotomy" in 2010. The following year, he lent his voice to an episode of the Comedy Central series "Ugly Americans"; he also had a bigger part on "Beavis and Butt-Head," lending his voice to seven episodes. Middleditch subsequently appeared in live-action roles on such series as "The League," "The Office," "Key and Peele," "Trophy Wife," and "The Pete Holmes Show."

In 2014, Middleditch began his first main role on television on the HBO comedy series "Silicon Valley." He played Richard Hendricks, the fictional founder and CEO of a groundbreaking tech company. For his work, Middleditch received an Emmy Award nomination for Outstanding Lead Actor in a Comedy Series. "Silicon Valley" ended after six seasons in 2019. While he was still on the show, Middleditch had another main role on the Disney animated series "Penn Zero: Part-Time Hero," playing the titular character. He also appeared in episodes of "You're the Worst," "Scheer-RL," "Comedy Bang! Bang!," and "Drunk History," and lent his voice to the animated series "TripTank," "Animals.," "Rick and Morty," "Bob's Burgers," and "Big City Greens."

In 2020, Middleditch partnered with actor and comedian Ben Schwartz to star in the Netflix improv comedy special "Middleditch and Schwartz." The same year, he began two main roles. The first was on the adult animated sitcom "Solar Opposites," which premiered on Hulu. Middleditch had his next main role on the CBS sitcom "B Positive" as Drew Dunbar, a divorced father in need of a kidney transplant. He starred opposite Annaleigh Ashford as Gina Dabrowski, a former high school classmate who becomes his kidney donor. "B Positive" was ultimately canceled after two seasons in 2022. 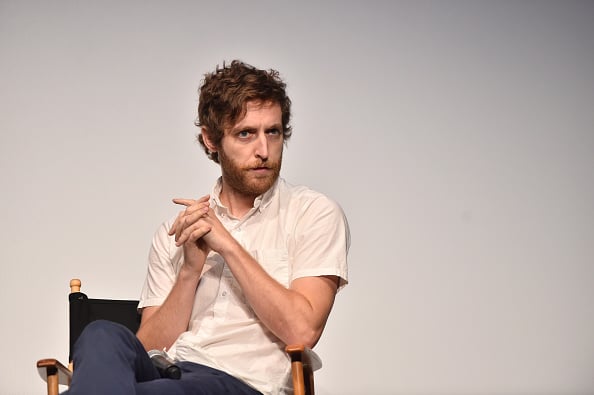 Middleditch had his first leading role on film in the 2009 romantic comedy "Splinterheads," in which he starred opposite Rachel Taylor. He next appeared in a small role in the 2010 buddy cop action comedy "The Other Guys." This was followed by roles in "Certainty," "Being Flynn," "The Campaign," "The Brass Teapot," and "Fun Size." In 2013, Middleditch played a cop in the coming-of-age film "The Kings of Summer," and made a cameo appearance in Martin Scorsese's "The Wolf of Wall Street." Over the subsequent years, he was in such comedy films as "Someone Marry Barry," "Search Party," "The Bronze," and "The Final Girls." Middleditch had his next leading role in the 2016 dramedy "Joshy." He had further lead roles the following year in the romantic dramedy "Entanglement" and the animated film "Captain Underpants: The First Epic Movie." Middleditch also voiced Jerry in "Kong: Skull Island," and played John in "Once Upon a Time in Venice." In 2018, he appeared in "Tag," "Replicas," and "Henchmen," and in 2019 was in "Godzilla: King of the Monsters" and "Zombieland: Double Tap." Middleditch's other credits have included voice roles in "Phineas and Ferb the Movie: Candace Against the Universe" and "DC League of Super-Pets."

Middleditch has made many appearances in web series over the years. Most notably, he contributed to multiple episodes of the series CollegeHumor between 2009 and 2013. Middleditch also appeared on such web series as "Memoirs of a Manchild," "Matumbo Goldberg," "Jake and Amir," "The Morning After," and "Stream of Blood: Vampires of Pittsburgh."

Among his other media appearances, Middleditch has been a spokesperson for Verizon in the company's television ads. He has also done work for video games, lending his voice to 2013's "Star Wars: The Old Republic – Rise of the Hutt Cartel" and doing both motion-capture and voice acting for "NBA 2K20."

In 2015, Middleditch married costume designer Mollie Gates, with whom he reportedly had an open relationship. The pair divorced in 2021 on account of irreconcilable differences.

According to court documents, Thomas was ordered to pay Mollie $2.65 million as a divorce settlement. She was also allowed to keep a car and all the items she brought to the marriage. He was allowed to keep a home and condo in Los Angeles, a property in Canada (in his hometown of Nelson, British Columbia), a cabin in Big Bear (a lake outside of LA) and all of his residuals and royalties.

Not long after divorcing, Thomas sold his Big Bear cabin for $1.1 million and their former home in Los Angeles for $2.2 million. He had bought the LA home for $260,000. 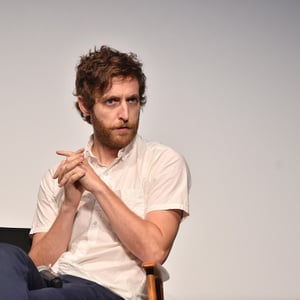