Thomas Kretschmann Net Worth: Thomas Kretschmann is a German actor who has a net worth of $8 million dollars. Kretschmann was born in Dessau, East Germany in September 1962. Before acting he trained to be an Olympic swimmer. Thomas fled Easy Germany when he was 19 years old. During his journey to West Germany he lost part of his finger, but it was reattached.

He started his acting career at 25 in many European movies and television shows. His first appearance came in the movie Westler in 1985. In 1989 he starred in the TV movie Der Mitwisser and received the Max Ophuls Prize for best young actor. Kretschmann has played Leutnant Hans von Witzland in Stalingrad (1993), Hauptmann Peter Kahn in Stalingrad (2013), Hauptmann Wilm Hosenfeld in The Pianist, Major Otto Rememer in Valkyrie, Hermann Fegelein in Downfall, Captain Engelhorn in King Kong (2005), and Baron Strucker in Captain America: The Winter Soldier. He also voiced Professor Z in the movie Cars 2. In 2012 he played Captain Kurt Brynildson in The River and from 2013 to 2014 Thomas played Abraham Van Helsing in the series Dracula. He has also won a Capri Legend Award, Puchon International Fantastic Film Festival award for Best Actor, and Sitges – Catalonian International Film Festival award for Best Actor. 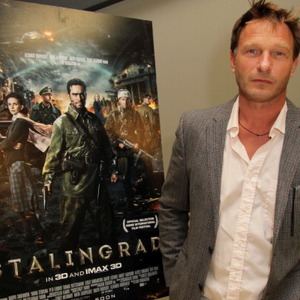