What is C. Thomas Howell's Net Worth?

C. Thomas Howell is an American actor and director who has a net worth of $4 million dollars. C. Thomas Howell is known for his performances in films such as "Soul Man," "The Hitcher," "Red Dawn," and "The Outsiders." His other film credits have included "Gettysburg," "The Amazing Spider-Man," and "LBJ." On television, Howell has appeared on a number of series, including "Kindred: The Embraced," "Amazon," "Southland," "Grimm," and "The Walking Dead."

Christopher Thomas Howell was born on December 7, 1966 in the Van Nuys neighborhood of Los Angeles, California to Christopher Sr. and Candice. He has three siblings: sisters Candy and Stacy and a brother named John. Growing up, Howell dreamed of being a stuntman like his father, and helped realize his passion in a career as a child rodeo star. He began acting at the age of four, appearing in an episode of the sitcom "The Brian Keith Show." As a teen, Howell went to Saugus High School. While still attending school, he made his feature film debut in Steven Spielberg's 1982 science-fiction film "E.T. the Extra-Terrestrial," playing the role of Tyler.

Following his debut in "E.T.," Howell landed his first leading role in Francis Ford Coppola's big-screen adaptation of the novel "The Outsiders." Playing Ponyboy Curtis, he won a Young Artist Award for his performance. In 1984, Howell appeared in the action film "Tank," and reunited with his "Outsiders" costar Patrick Swayze in "Grandview, U.S.A." and "Red Dawn." The next year, he starred in the teen romcom "Secret Admirer" opposite Lori Loughlin and Kelly Preston. Howell was subsequently in the horror film "The Hitcher," and had a leading role in the comedy "Soul Man." His other credits in the 80s are "A Tiger's Tale," "Young Toscanini," and "The Return of the Musketeers."

Howell began the 90s with a starring role in the beach volleyball dramedy "Side Out." In 1992, he starred in "Breaking the Rules" and "That Night," and the following year, portrayed Union Lieutenant Thomas Chamberlain in the American Civil War film "Gettysburg." Subsequently, Howell starred in "Teresa's Tattoo" and "Payback," and appeared in a number of direct-to-video titles such as "The Sweeper," "The Big Fall," and "Hourglass," the lattermost of which he also wrote and directed. Among his other notable credits in the 90s are "Laws of Deception," "Sleeping Dogs," and "Charades."

Howell continued to be prolific in movies throughout the 00s, in both theatrical films and direct-to-video releases. Early in the decade, he was in such films as "Hot Boyz," "The Crimson Code," "WillFull," "Asylum Days," "Net Games," and "Gods and Generals," a prequel to "Gettysburg" in which he reprised his role as Thomas Chamberlain. Howell also reprised his role as Jim Halsey in the horror sequel "The Hitcher II: I've Been Waiting." He was subsequently in "Hidalgo," "The Hillside Strangler," "Glass Trap," "Hoboken Hollow," "The Far Side of Jericho," "Dead Letters," "Toxic," "The Day the Earth Stopped," and "The Jailhouse," among many other titles. In 2009, he both starred in and directed the science-fiction film "The Land That Time Forgot."

In 2012, Howell played Troy in the Marvel superhero movie "The Amazing Spider-Man." That same year, he appeared in "Chilly Christmas," "MoniKa," and "Escape." Howell has continued to appear in multiple films a year; in 2013 alone, he was in "Don't Pass Me By," "The Devil's Dozen," "Justice League: The Flashpoint Paradox," and "Storm Rider." Among his plethora of other credits are "Bigfoot Wars," "Woodlawn," "LBJ," "Disconnected," "A Question of Faith," and "Beast Mode." 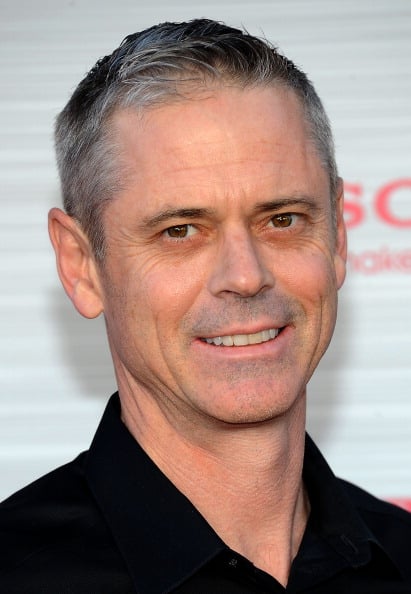 Howell had his first television role in 1983, playing Scott Morgan on the short-lived ABC series "Two Marriages." He was next in episodes of "Moonlighting" and "Nightmare Classics." In the 90s, Howell appeared in numerous television films, including "Tattle Tale," "Acting on Impulse," "Natural Selection," and "Suspect Device." He also had a main role as Detective Frank Kohanek on the short-lived Fox series "Kindred: The Embraced." Howell had his next main role from 1999 to 2000, playing Dr. Alex Kennedy on the adventure series "Amazon."

Howell continued to appear in a myriad of television films in the 00s, such as "Night of the Wolf," "Killer Bees!," "Zolar," "Ordinary Miracles," "A Gunfighter's Pledge," and a remake of "The Poseidon Adventure." He also showed up in episodes of such shows as "Twice in a Lifetime," "Son of the Beach," "The District," "Summerland," "ER," "24," and "Criminal Minds." From 2009 to 2013, Howell had one of his biggest role as Bill "Dewey" Dudek on the crime drama series "Southland." During this time, he made appearances on a plethora of other shows, including "Psych," "The Glades," "Alphas," "Revolution," "Castle," "Longmire," "Sons of Anarchy," "Blue Bloods," and "Grimm." Howell later had recurring roles on "Girlfriends' Guide to Divorce," "Stitchers," "Animal Kingdom," "Ray Donovan," "Outcast," "SEAL Team," and "The Punisher," as well as guest roles on "The Blacklist," "Dynasty," "The Walking Dead," and "The Terror."

In the 80s, Howell was in a relationship with actress and socialite Kyle Richards. He married his first wife, actress Rae Dawn Chong, in 1989; they had met while filming "Soul Man" in 1986. The pair divorced after one year. Subsequently, in 1992, Howell wed Sylvie Anderson, with whom he had three kids. They later divorced in 2016. 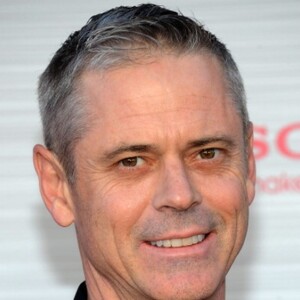