What is Thomas Haden Church's Net Worth?

Thomas Haden Church is an actor, director, and writer who has a net worth of $20 million. Following his main roles on the 90s sitcoms "Wings" and "Ned & Stacey," he became recognized for his performances in such films as "Sideways," "Spanglish," "Spider-Man 3," "Easy A," and "Killer Joe." Later, from 2016 to 2019, Church starred on the HBO series "Divorce." He has been nominated for an Oscar, a Golden Globe, and a SAG Award. He won an Emmy for his performance in "Broken Trail" in 2006.

From 2016 to 2018, Thomas starred in the HBO series "Divorce". He also served as an Executive Producer.

Thomas Haden Church was born as Thomas Richard McMillen on June 17, 1960 in Woodland, California, the son of Maxine and former US Marine Carlos. After his parents divorced, he moved with his mother to Texas; there, she got remarried to widower George A. Quesada, an Army Air Forces veteran. In 1977, Church left high school to work in the Louisiana oil fields. He returned two years later to earn his degree from Harlingen High School. Subsequently, while living in Dallas, he went to the University of North Texas.

Church began his career in the entertainment business doing radio deejaying and voiceover work. He eventually relocated to California to pursue his acting career. In 1989, he made his debut in the television film "Protect and Surf." The same year, he appeared in episodes of multiple popular shows, including "21 Jump Street," "Cheers," "China Beach," and "Booker."

In 1990, Church had his breakthrough role playing dimwitted aircraft mechanic Lowell Mather on the NBC sitcom "Wings." He appeared as the character for the show's first six seasons, leaving after 123 episodes in 1995. Subsequently, Church had another main role on the Fox sitcom "Ned & Stacey," which ran from 1995 to 1997. He starred as uptight advertising executive Ned, who gets married to neurotic journalist Stacey, played by Debra Messing. Following the end of the show, Church appeared in the television film "Mr. Murder," based on the eponymous horror novel by Dean Koontz.

Church made a number of guest appearances on shows during the early part of the 2000s. He was in episodes of the dramedy "Going to California," the animated series "Gary & Mike" and "The Cartoon Cartoon Show," and the FX comedy "Lucky." Later in the decade, he had roles in the miniseries "Broken Trail" and "Zombie Roadkill"; for the former, he won an Emmy Award for Outstanding Supporting Actor in a Miniseries or Movie. From 2016 to 2019, Church starred opposite Sarah Jessica Parker on the HBO series "Divorce." He played Robert Dufresne, a hapless husband who divorces his wife Frances after discovering she's having an affair. 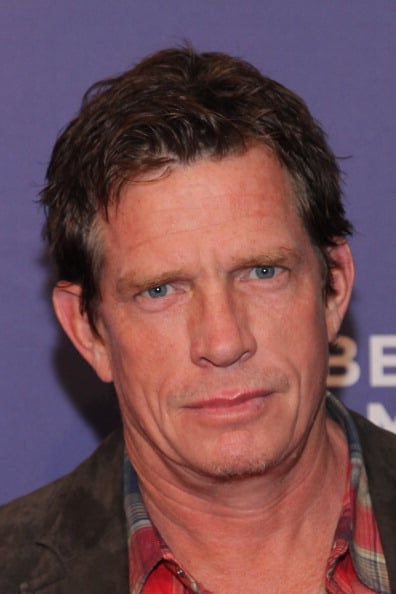 On the big screen, Church had his first substantial role in the 1993 Western "Tombstone," starring Kurt Russell, Val Kilmer, Sam Elliott, and Bill Paxton. In the film, he portrayed historical cowboy outlaw Billy Clanton. Following this, Church was in the horror comedy "Demon Knight"; the comic adaptation "George of the Jungle"; the drama "One Night Stand"; and the black comedies "Susan's Plan" and "Free Money." In the early 00s, Church's credits included the superhero comedy "The Specials," the crime comedy "3000 Miles to Graceland," and the mystery thriller "The Badge." In 2003, he made his directorial debut with the independent film "Rolling Kansas," in which he also had an uncredited part as a trooper.

Church had one of his most critically successful years in 2004, when he had supporting roles in the acclaimed dramedies "Spanglish" and "Sideways." In the latter, he played Jack Cole, a washed-up actor who embarks with his friend Miles Raymond, played by Paul Giamatti, on a week-long road trip to Santa Barbara wine country. "Sideways" was one of the most lauded films of the year, earning five Academy Award nominations, including one for Church's performance. Following this, the actor was in the satirical comedy "Idiocracy," and lent his voice to the family films "Over the Hedge" and "Charlotte's Web."

In 2007, Church had one of his most popular roles in the blockbuster superhero sequel "Spider-Man 3," in which he played Flint Marko and his villainous alter-ego Sandman. Although it received mixed reviews from critics, the film became one of the highest-grossing titles of the year. Church was subsequently in the films "Smart People," "Don McKay," "Imagine That," "All About Steve," and the teen romcom "Easy A."

Church had significant roles in three movies in 2011: the ensemble dramedy "Another Happy Day," the Southern Gothic crime film "Killer Joe," and the family film "We Bought a Zoo," in which he played the older brother of the main character, played by Matt Damon. The actor was subsequently in the science-fiction film "John Carter," the Canadian drama "Whitewash," the dramedy "Lucky Them," the Christian drama "Heaven is for Real," and the adventure war film "Max." Church's other credits have included "Daddy's Home," "Cardboard Boxer," "Crash Pad," "The Peanut Butter Falcon," and the 2019 adaptation of "Hellboy," in which he played violent vigilante Lobster Johnson.

From 2002 to 2008, Church was in a relationship with Mia Zottoli; they have two children.

Church resides on a 2,000-acre ranch near the small town of Kerrville, Texas. Both on the grounds and in surrounding properties he leases, he maintains around 400 head of cattle. Church often uses ATVs and trucks to round up the herd, but occasionally indulges his inner Old West cowboy to chase the cows on horseback.

When outside of Hollywood, Thomas' primary residence is a 2,000 acre ranch in Kerrville, Texas. 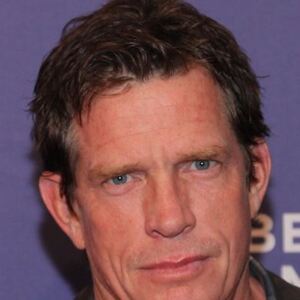