Thomas Gibson net worth: Thomas Gibson is an American actor, producer and director who has a net worth of $18 million. He is probably best known for starring in the CBS drama "Criminal Minds". He appeared in 256 of the show's 324 episodes over 11 seasons. Prior to "Criminal Minds" he was probably best known for appearing in 119 episodes of "Dharma & Greg".

Early Life: Thomas Gibson was born in Charleston, South Carolina on July 3, 1962, the son of Charles M. "Mac" and Beth Gibson. His mother was a social worker while his father worked as a lawyer and served in the South Carolina state Senate and House as a liberal Democrat. Gibson and his sister were raised Catholic. His interest in performing came at an early age when he became obsessed with Louis Armstrong. Gibson and his sister were on a swim team together and frequented a pizza parlor after their swim meets.

It was at that parlor where Gibson began singing along with a Dixieland band and he'd attempt to impersonate Armgstrong's signature singing voice. He began acting while in elementary school, enrolling in the Little Theater School and later graduating from Bishop England High School. Gibson then attended the College of Charleston from 1979 to 1981 and became an intern at the Alabama Shakespeare Festival where he was encouraged by mentors to apply to Juilliard. Gibson won a scholarship and eventually graduated from the Juilliard School Drama Division with a BFA in Drama in 1985.

Acting Career: Gibson's acting career began in earnest when he was just nine years old and he appeared in a children's theater production of "Seize the Street: the Skateboard Musical."

He began his professional career on stage, appearing in productions for the New York Shakespeare Festival and the Public Theatre. Gibson's stage debut was in David Hare's "A Map of the World" during the New York Shakespeare Festival. He subsequently appeared in more plays for producer Joe Papp, both in public theater and in productions in Central Park. He also performed in multiple Broadway productions over the next ten years in a range of plays by Shakespeare, Moliere, Tennessee Williams, Alan Ball, and others. During his time on stage, Gibson also held down a job as a waiter at Tavern on the Green. 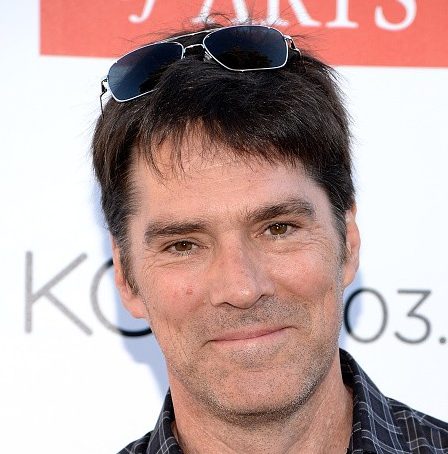 Gibson began working on television in the late '80s. His first TV appearance came in 1987 in the form of a guest role on the legal drama "Leg Work." He then followed that up with stints on daytime soap operas "As the World Turns" and "Another World."  He began to appear on film with the feature "Far and Away" in 1992, in which he portrayed villain Stephen Chase opposite Tom Cruise and Nicole Kidman. His next lead role was in 1993 when he played David, a gay waiter in "Love and Human Remains." Later that year, he starred in the highly controversial at the time "Tales of the City."  Gibson moved on to star in a string of independent films before returning to television. He starred in the series, "Chicago Hope", and then became a household name with his role in the comedy, "Dharma and Greg," beginning in 1997, for which he was nominated twice for a Golden Globe Award. After "Dharma and Greg" ended in 2002, Gibson appeared in several TV movies.

Gibson became a household name when he starred on the show "Criminal Minds", from 2005 – 2016. He played Supervisory Special Agent Aaron "Hotch" Hotchner, the unit chief of the Behavioral Analysis Unit team in the series. On August 11, 2016, Gibson was suspended from the set of "Criminal Minds"  after allegedly kicking a writer on the show. The altercation was on set with a writer and producer. He apologized for the confrontation in a statement, claiming the dispute arose from creative differences in an episode he was directing.

The following day, ABC studios and CBS studios, which co-distributed the show, issued an announcement that Gibson's contract with the series had been terminated. The statement included that his character's exit story from the show had yet to be determined. In October 2016, the episode of "Taboo" explained the absence of Gibson's character as being away on special assignment. However, in the episode "Elliot's Pond," it's revealed that Gibson's character had resigned and gone into the Witness Protection Program after he discovered a serial killer stalking his son. Gibson, at the end of his run on "Criminal Minds," appeared in 256 episodes of the show over a span of 12 seasons. He has since appeared in guest spots on the TV shows "In From the Night," "Two and a Half Men," "Hot in Cleveland," and "Shadow Wolves." In 2014, he had a voice role in the feature film "Son of Batman."

Outside of acting, Gibson directed six episodes of "Criminal Minds" and two episodes from the last season of "Dharma & Greg" in 2001.

Personal Life: Gibson and his wife Christine share a son, Travis Carter. The couple separated in 2011 and he filed for divorce in 2014. The divorce was finalized in February 2018. Outside of acting, Gibson is an avid golfer who plays year-round at tournaments and events. 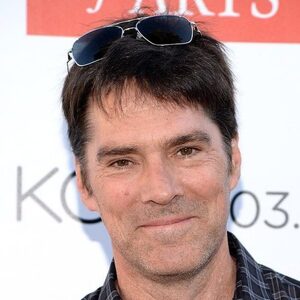