Theresa Russell net worth: Theresa Russell is an American actress who has a net worth of $5 million. Theresa Russell was born in San Diego, California in March 1957. She married film director Nicolas Roeg in 1982 but later divorced. Russell started modeling at 12 years old and made her film debut at 19 in The Last Tycoon.

In 2002 she starred as Hazel Walker in the television series Demontown. Russell has starred in the movies Straight Time, Bad Timing, Eureka, The Razor's Edge, Black Widow, Aria, Track 29, Impulse, Kafka, Being Human, The Grotesque, Wild Things, Luckytown, The Believer, Passionada, Now & Forever, The Box, Spider-Man 3, On the Doll, Jolene, and 16 to Life. She has also appeared in episodes of the TV series Nash Bridges, Law & Order: Criminal Intent, Fringe, and Cold Case. Russell has won Best Actress Awards at the Mystfest in 1988 and the Method Fest in 2009. 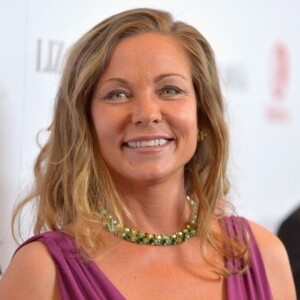