The show takes place in Hicksville, New York, in the home of the Caputos, and follows the life of Theresa and her family as they juggle her career as a medium, and their day-to-day family routine. Theresa claims to speak to those who have passed away and are on "the other side. Her readings often come in the form of loving and powerful messages from loved ones who were close to clients while they were alive. Caputo claims she has seen spirits since the young age of four and she claims that in her family this is a normal thing. Each episode of the show focuses on Theresa as she conducts private and group readings with both believers and skeptics. She currently has a two-year waiting list for new clients, and the reality show is the most popular psychic shows of it's kind since the TV show Crossing Over With John Edwards.  While the show has a huge following, there are skeptics who have also taken to the Internet to dispute her "gift" saying that she is a master of "cold reading" people. Whether her gift is truly genuine or not, those who have received readings, and viewers who watch the show, cannot dispute that when the readings are finished more often than not her clients walk away feeling truly moved by the experience. 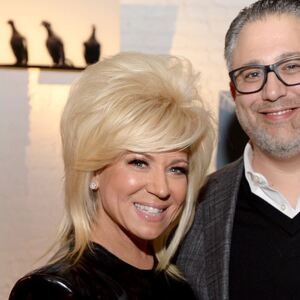