Theo Rossi Net Worth: Theo Rossi is an American actor who has a net worth of $4 million. Theo Rossi was born in Staten Island, New York in June 1975. He is best known for playing the role of Juan Carlos "Juice" Ortiz on the television series Sons of Anarchy.

Theo studied at the Lee Strasberg Theatre Institute and appeared in several productions. He also attended SUNY Albany. In 1999 Rossi moved to Los Angeles and started appearing in commercials for Nissan, McDonald's, and Bud Light. His debut film role came in The Myersons in 2001. Rossi made his television debut in the series Boston Public as Brandon Webber from 2001 to 2002. His best known role has come as Juan Carlos "Juice" Ortiz in the FX series Sons of Anarchy since 2008. Rossi has also starred in the movies The Challenge, Buds for Life, Cloverfield, Kill Theory, The Informers, Red Sands, Space, and Meth Head. He has also appeared in episodes of the TV series Malcolm in the Middle, NYPD Blue, Medical Investigation, American Dreams, Blind Justice, Veronica Mars, Without a Trace, Lost, Heist, The Unit, Bones, Jericho, Shark, Las Vegas, Grey's Anatomy, Terminator: The Sarah Connor Chronicles, CSI: Miami, Lie To Me, Hawaii Five-0, Alcatraz, and Law & Order: Special Victims Unit. He co-founded Dos Dudes Pictures with friends in 2011. 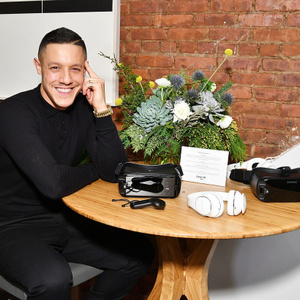