The Olsen Twins Net Worth

How much is The Olsen Twins Worth?

in Richest Celebrities › Actors
The Olsen Twins Net Worth:
$500 Million

Early Life: Fraternal twins Mary-Kate and Ashley Olsen were born on July 13, 1986 in Sherman Oaks California. They have an older brother and a younger sister, who is actress Elizabeth Olsen. The twins' parents, Dave Olsen and Jarnette Jones, divorced in 1995. The twins have two other half-siblings from their father's second marriage. The Olsen Twins famously attended NYU in 2004 and seemed to have mostly blended in as regular college kids.

Acting Career: They began their acting career at the age of six months young when they were cast in the role of Michelle Tanner in the ABC television sitcom Full House. They began filming when they were just nine months of age, and, in order to comply with child labor laws determining how long a child actor could work, the sisters took turns playing the role of Michelle. Full House ran from 1987 to 1995 and at its peak, was in the top 20 of Nielsen Ratings.

While still appearing in Full House, the twins began appearing as separate characters in films for television and video. In 1993, the twins founded Dualstar Entertainment Group, LLC through which they used to produce a successful series of direct-to-video (The Adventures of Mary-Kate and Ashley, and You're Invited to Mary-Kate and Ashley's… series) and made-for-television films, such as Double, Double Toil and Trouble, To Grandmother's House We Go, Passport to Paris, Winning London, Holiday in the Sun, and How the West Was Fun, among countless others.

The Olsens made their feature film debut in 1995 following the end of Full House when they starred in It Takes Two. Steve Guttenberg and Kirstie Alley played the role of their parents. The same year, they introduced a second video series, You're Invited to Mary-Kate and Ashley's….and continued to release new videos in the series up until 2000. The Olsen Twins were also guest-starring in episodes of shows like All My Children, Sister, Sister, Two of a Kind, So Little Time, and 7th Heaven. In early 2004, they had a cameo voice role in an episode of The Simpsons. Their last feature film together was New York Minute, theatrically released in 2004. It would mark their last film together, as well as the retirement of Ashley's acting career. Mary-Kate has continued to occasionally appear in film and television–in 2007 Mary-Kate starred as Tara Lindman on the series Weeds.

In 2015, it was announced that John Stamos had signed on with Netflix to produce and co-star in Fuller House, a spin-off of Full House that would reunite original cast members. Mary-Kate and Ashley announced in May that year that they were not interested in reprising their role as Michelle Tanner. They officially declined the invitation in June, with Ashley stating she would not feel comfortable in front of the camera after a 12-year absence and MK claiming the timing was wrong.

Until 2000, Mary-Kate and Ashley had a serious fan club going, Mary-Kate and Ashley's Fun Club. Fans would pay to receive MK and Ashley's collectibles and photos and each subscription included a copy of Our Funzine, the twins' own fan club magazine. The club was advertised at the beginning of each MK and Ashley movie until 1998. The twins were extremely popular figures in the preteen market in the 90s and early 2000s. Their names and likenesses extended to so many products it's hard to even name a few.

On their 18th birthday, the twins became co-presidents of Dualstar. The Olsen twins have appeared on the Forbes celebrity 100 list since 2002. 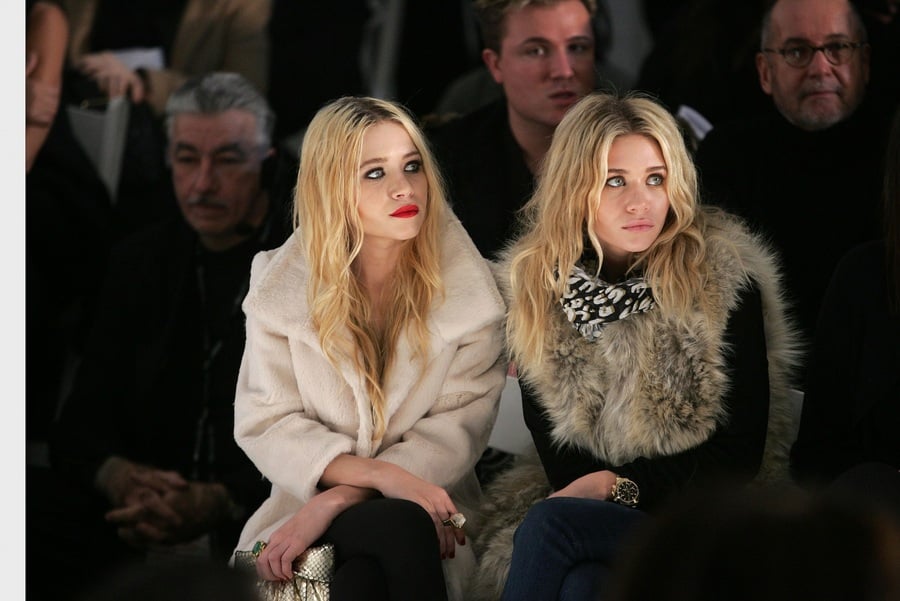 Fashion Career: Part of their brand is licensing their image to a number of official Olsen Twins products including books, posters, school supplies, and apparel among others. Their ready-to-wear clothing line, Mary-Kate and Ashley: Real fashion for real girls, is sold exclusively at North American Wal-Mart stores, In 2004, the twins made news for signing a pledge to allow full maternity leave to all of the workers who sew their line of clothing in Bangladesh. The National Labor Committee praised the Olsen twins for their commitment to worker rights.

As the sisters have grown up, they have made headlines for their boho-chic style popularized in Britain by the likes of Kate Moss and Sienna Miller. In 2006, the twins were tapped as the faces of upscale fashion line Badgley Mischka.

The Olsen twins' couture line, The Row, is sold at Barneys and other high-end retailers. Under The Row, the Olsen Twins launched a contemporary sportswear line, Elizabeth and James, named after their younger sister and older brother. They've also released a women's clothing line for J.C. Penney called Olsenboye. The twins also launched a t-shirt line called StyleMint. The sisters published Influence, a book of interviews with prominent figures in fashion, in 2008. In August of 2013, the twins launched a new fashion line in Oslo Norway.

Accolades: Together, the Olsen Twins have four Young Artists Awards, two Kids Choices Awards and earned their star on the Hollywood Walk of Fame in 2004. In October 2012, MK and Ashley won the Wall Street Journal magazine Innovator of the Year Award. The Olsen Twins published the book Influence in 2008. They were named Womenswear Designer of the Year in 2012 and 2015 by the Council of Fashion Designers of America. Mary-Kate and Ashley Olsen were also named Accessories Designer of the Year by the CFDA in 2014.

Personal Lives: The Olsen Twins are infamously tight-lipped about their relationships. Ashley has been quietly dating artist Louis Eisner for years.

Mary-Kate was a close friend of Heath Ledger, she was even the first person that his massage therapist called when they discovered Ledger unconscious in his bed on January 22, 2008. She sent a private security guard to the scene. 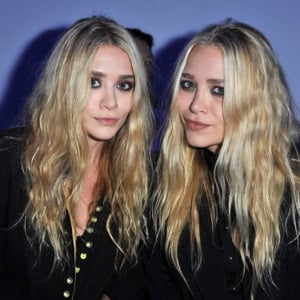