Terry Richardson Net Worth: Terry Richardson is an American fashion and portrait photographer who has a net worth of $8 million dollars. Terry Richardson was born August 14, 1965 in New York City, New York. He is best known for his photography within advertising campaigns for the likes of Marc Jacobs, Aldo, Supreme, Sisley, Tom Ford, Yves Saint Laurent and others.

He has also done work for magazines such as Rolling Stone, GQ, Vogue, Vanity Fair, Harper's Bazaar, i-D and Vice. Richardson originally wanted to be a punk rock musician. He played bass guitar in the punk rock band The Invisible Government for four years and played bass for a variety of other punk bands in Southern California, including Signal Street Alcoholics (SSA), Doggy Style, Baby Fist and Middle Finger. Richardson's mother reportedly gave him his first snapshot camera in 1982 and he proceeded to use the camera to document his life and the punk rock scene in Ojai. In 1992, Richardson quit music and moved to the East Village neighborhood of New York City, where he began shooting scenes of young people partying and New York City's nightlife. It was in New York City that Richardson got his first big break when his fashion photos appeared in Vibe in 1994. His Vibe spread was shown at Paris's International Festival de la Mode later that year. Richardson then shot an advertising campaign for fashion designer Katharine Hamnett's spring 1995 collection. The campaign was particularly scandalous, as it showed young women wearing short skirts with their pubic hair showing. Richardson then moved to London, England and went on to work with the likes of Marc Jacobs, Rolling Stone magazine and others. 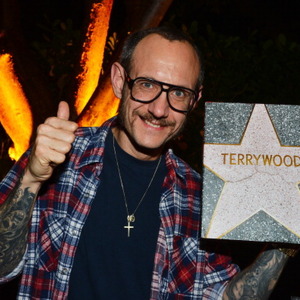