What is Terry O'Quinn's Net Worth and Salary?

Terry O'Quinn is an American actor who has a net worth of $8 million. Terry O'Quinn is best known for his roles in the psychological horror film "The Stepfather" and the television mystery series "Lost." Playing the character John Locke in the latter, he won an Emmy Award for Outstanding Supporting Actor in a Drama Series. O'Quinn's other credits have included the television series "Millennium," "Alias," "666 Park Avenue," and "Pieces of Her."

Terry O'Quinn was born as Terrance Quinn on July 15, 1952 in Sault Ste. Marie, Michigan as one of 11 siblings in an Irish-Catholic family. He was raised in nearby Newberry. For his higher education, O'Quinn went to Central Michigan University in Mount Pleasant, and then to the University of Iowa in Iowa City.

While a student at CMU, O'Quinn began acting, directing, and playwriting. Among his credits, he wrote and directed the musical production "Orchestrina," which featured Jeff Daniels in a main role. After college, O'Quinn relocated to Baltimore, Maryland, where he acted in Center Stage productions such as "Tartuffe" and "Much Ado About Nothing."

In 1980, O'Quinn made his feature film debut with a small part in Michael Cimino's epic Western "Heaven's Gate." He next appeared in the sports drama "All the Right Moves," starring Tom Cruise in one of his first roles. In 1984, O'Quinn appeared in Robert Benton's "Places in the Heart" and Gillian Armstrong's "Mrs. Soffel." The year after that, he was in the horror thriller "Silver Bullet" and the comedy "Mischief." Those were followed by the science-fiction adventure film "SpaceCamp." O'Quinn had his breakthrough role in 1987, starring as the titular serial killer in the psychological horror film "The Stepfather." For his performance, he earned an Independent Spirit Award nomination for Best Male Lead. O'Quinn reprised his role in the 1989 sequel "Stepfather II." His other credits in the late 80s include Bob Rafelson's neo-noir "Black Widow"; the ensemble Western "Young Guns"; the Canadian horror film "Pin"; the action comedy "Blind Fury"; and the supernatural thriller "The Forgotten One."

O'Quinn began the 90s with the Australian drama "Blood Oath." Next, he portrayed Howard Hughes in the period superhero film "The Rocketeer," and played a colonel in the Cold War action film "Company Business." O'Quinn's subsequent credits included the sports romcom "The Cutting Edge," the Western "Tombstone," and the legal dramas "Ghosts of Mississippi" and "Primal Fear." Closing out the decade, he appeared in the political thriller "Shadow Conspiracy" and the film adaptation of the science-fiction television series "The X-Files." Kicking off the new millennium, O'Quinn was in the revisionist Western "American Outlaws." After his uncredited appearance in the 2003 comedy "Old School," he didn't appear on the big screen again until 2016 in the romantic drama "New Life." 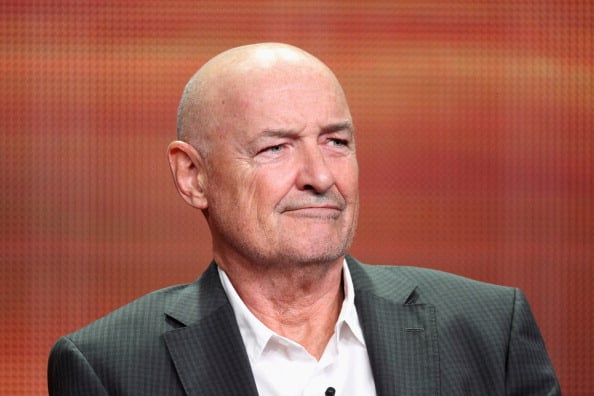 O'Quinn started his career on television in the early 80s with guest appearances on "Tales of the Unexpected" and "Miami Vice." He continued to make guest appearances throughout the remainder of the decade and into the early 90s on such shows as "The Twilight Zone," "Remington Steele," "Moonlighting," "Jake and the Fatman," and "L.A. Law." O'Quinn also appeared in the television films "An Early Frost," "Between Two Women," "Kaleidoscope," "Born Too Soon," and "Visions of Murder," as well as the miniseries "Son of the Morning Star." In 1994, he had a recurring role on the short-lived science-fiction series "Earth 2." The year after that, O'Quinn appeared in his first episode of "The X-Files," and also began a recurring role on the legal drama "JAG." He subsequently landed his biggest role yet in 1996, playing Peter Watts on the mystery crime series "Millennium." Developed by "X-Files" creator Chris Carter, the show ran for three seasons through 1999. Subsequently, O'Quinn starred on another show by Carter, the short-lived science-fiction series "Harsh Realm."

In the early 00s, O'Quinn made a guest appearance on the science-fiction series "Roswell" and another appearance on "The X-Files." He was also in the television film "Rated X." From 2002 to 2004, O'Quinn played FBI Assistant Director Kendall on J. J. Abrams' action thriller series "Alias." During this time, from 2003 to 2004, he played General Nicholas Alexander on the political drama "The West Wing." O'Quinn began his longest-running role yet in the latter year when he was cast as John Locke on J. J. Abrams' mystery drama series "Lost." A massive sensation, the show earned him an Emmy Award for Outstanding Supporting Actor in a Drama Series. "Lost" ran for six seasons through 2010. After the show ended, O'Quinn starred in the television film "Taken from Me: The Tiffany Rubin Story," and began playing the recurring role of Commander Joe White on the reboot of "Hawaii Five-0." He subsequently had another recurring role on the science-fiction series "Falling Skies," as well as a main role on the short-lived supernatural drama "666 Park Avenue." Among his other credits, O'Quinn has had main roles on "Gang Related," "Full Circle," "Patriot," and "Secrets and Lies," as well as recurring roles on "The Blacklist: Redemption," "Perpetual Grace, LTD," "Emergence," "FBI: Most Wanted," and "Pieces of Her."

Terry O'Quinn married his wife Lori in 1979. They had two children and divorced in 2010.

In 2017, O'Quinn began creating videos for the newly launched Cameo platform. Having raised thousands of dollars, he donates all of the proceeds to the Virginia Beach SPCA.

In 2010 Terry sold a condo in Baltimore for just under $1 million.