Terry Carter net worth: Terry Carter is an American actor and filmmaker who has a net worth of $500 thousand. Terry Carter was born in Brooklyn, New York in December 1928. He graduated from Northeastern University and studied at St. John's Law School before leaving to become an actor. Carter first acted in Broadway and off-Broadway productions. He was a weekend newscaster at WBZ-TV in Boston from 1965 to 1968. From 1955 to 1959 he starred as Pvt. Sugie Sugarman in the television series The Phil Silvers Show. Carter starred as Sgt. Joe Broadhurst in the TV series McCloud from 1970 to 1977. He starred as Colonel Tigh in the series Battlestar Galactica from 1978 to 1979. He started the company Meta/4 Productions, Inc. in 1975 and produced and directed industrial and educational presentations for the federal government. He is also the president of the non-profit organization Council for Positive Images, Inc. which he formed in 1979. Carter won an Emmy Award for Best Series for Children and Youth in 1985. He was nominated for an Emmy for Best Informational Special in 1989. In January 2015, an associate of Suge Knight named Terry Carter was a victim of a hit and run but it was a younger man named Carter. 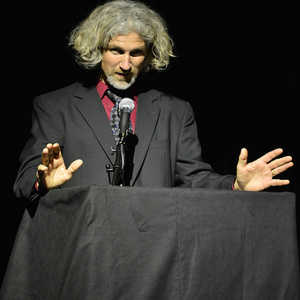