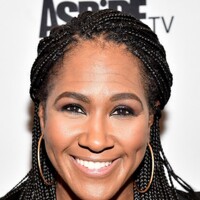 Terri Vaughn net worth: Terri Vaughn is an American actress who has a net worth of $2 million dollars. Terri Vaughn was born in San Francisco, California, and began her acting career in the early 90s. She began with guest starring and co-starring roles in such projects as "In the Meantime", "Living Single", "The Sinbad Show", "Married with Children", "Friday", "Family Matters", "Black Scorpion", "Excessive Force II: Force on Force", "Sherman Oaks", "Sherman Oaks", "ER", "The Steve Harvey Show", "Girlfriends", "Soul Food", "Fair Game", "All of Us", "Dirty Laundry", "Daddy's Little Girls", "Three Can Play That Game", "Meet the Browns", "The Marriage Chronicles", "Probable Cause", and "JD Lawrence's Community Service". She is most widely recognized for her work in the film, "Don't Be a Menace to South Central While Drinking Your Juice in the Hood". She also runs Take Wings Foundation, a non-profit that provides scholarships, mentorships, and job training in the San Francisco Bay area.