What is Teri Polo's Net Worth?

Teri Polo is an American actress who has a net worth of $200 thousand. Teri Polo is best known for her roles as Pam Byrnes-Focker in the "Meet the Parents" film trilogy and as police officer Stef Adams Foster on the ABC Family television series "The Fosters." She has also appeared in such films as "The Arrival," "Full of It," "Authors Anonymous," and "Outlaws and Angels." On television, Polo has had additional notable roles on "Northern Exposure," "Sports Night," and "The West Wing."

Teri Polo was born in Dover, Delaware to homemaker Jane and stereo system designer Vincent. She is of German, Italian, and English ancestry. At the age of five, she began studying ballet, which she went on to practice through the age of 18. As a teen, she went to New York's School of American Ballet. Later, after she won a modeling contest, Polo decided to pursue a career in acting.

In 1986, Polo made her acting debut on the ABC daytime soap opera "Loving," playing the character of Kristin Larsen. Following this, she landed a main role on the short-lived CBS drama "TV 101." In 1990, Polo played Christine Daaé in the two-part miniseries "The Phantom of the Opera," and portrayed Justine Altemus Slatkin in the NBC television movie "People Like Us."

Polo had her television breakthrough in 1994. In addition to appearing in episodes of the Canadian crime comedy series "Due South" and the horror anthology series "Tales from the Crypt," she became a regular cast member on the final season of the CBS series "Northern Exposure," playing Michelle Schodowski Capra. She followed this with a guest appearance on the medical drama "Chicago Hope," and then went on to appear in a number of television movies and miniseries. Among them were "Full Circle," "Van Helsing Chronicles," "A Prayer in the Dark," "House of Frankenstein," "Texarkana," and "A Father for Brittany," the lattermost of which costarred Andrew McCarthy. In the late 90s, Polo was in an episode of "The Outer Limits," and had a recurring role as Detective Sergeant Delilah Ash on the short-lived supernatural Fox series "Brimstone." She also appeared in five episodes of the series "Felicity," and in eight episodes of Aaron Sorkin's "Sports Night."

In the early 2000s, Polo was in the television movies "Second String" and "Straight from the Heart." She guest-starred in five episodes of the legal drama "The Practice," and appeared in the main role of Alex Young on the short-lived ABC sitcom "I'm with Her." From 2005 to 2006, Polo had one of her biggest television roles yet on the Aaron Sorkin political drama "The West Wing," playing the wife of Jimmy Smits' presidential candidate in the show's sixth and seventh seasons. Polo continued to appear in a number of television movies after this, including "Welcome to the Jungle Gym," "For the Love of a Child," "Legacy of Fear," and "Finnegan." In the late 2000s, she guest-starred in episodes of "Law & Order: Special Victims Unit," "CSI: Miami," "Ghost Whisperer," "Drop Dead Diva," and "Monk." 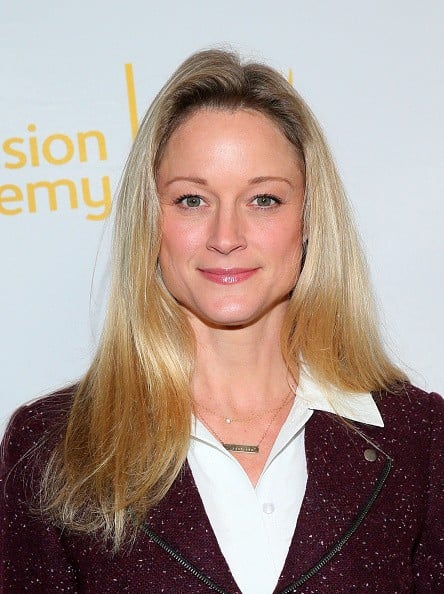 Among Polo's credits in the early 2010s were "Medium," "Glory Daze," "Law & Order: LA," "Castle," "Man Up!," and "Criminal Minds." She was also in the Hallmark movies "A Taste of Romance" and "The Christmas Heart." In 2013, Polo began her largest part yet on the ABC Family series "The Fosters," playing San Diego police officer and lesbian mother of five, Stef Adams Foster. The show ran for 104 episodes, concluding in 2018. Afterward, Polo reprised her role in a guest capacity on the spinoff series "Good Trouble." The actress's other television credits have included the Hallmark movies "The Christmas Shepherd" and "Love, Again," the animated Hulu series "The Bravest Knight," and the Fox series "The Big Leap."

Polo first appeared on film in 1991, playing Beryl Ann Devers in the biker military drama "Born to Ride," costarring John Stamos and John Stockwell. The same year, she costarred alongside Ethan Hawke in the teen comedy "Mystery Date." This was followed by such films as "Passed Away"; the ski drama "Aspen Extreme"; the period film "The House of the Spirits," starring Meryl Streep, Jeremy Irons, Glenn Close, Vanessa Redgrave, and Antonio Banderas; the neo-noir "Golden Gate"; and the science-fiction horror film "The Arrival," with Charlie Sheen.

In 2000, Polo debuted one of her most famous roles: Pam Byrnes, the girlfriend of Ben Stiller's character Greg Focker, in the comedy remake "Meet the Parents." Also starring Robert De Niro and Blythe Danner, the film was a huge commercial success, becoming one of the highest-grossing films of the year. It spawned two sequels, "Meet the Fockers" and "Little Fockers," in which Polo reprised her role. The actress has gone on to appear in numerous films outside this popular series. In 2001, she was in the straight-to-DVD release "The Unsaid" and the psychological thriller "Domestic Disturbance," starring John Travolta and Vince Vaughn. Other credits have included the Angelina Jolie drama "Beyond Borders"; the teen dramedy "Full of It"; the horror films "2:13," "The Hole," and "The Beacon"; the supernatural drama "Beyond"; the comedies "Authors Anonymous" and "A Bit of Bad Luck"; and the Western "Outlaws and Angels."

Polo wed photographer Anthony Moore in the spring of 1997; they had a son, Griffin, and divorced in 2005. Subsequently, in 2006, Polo met and began dating drummer Jamie William. The couple moved in together and had a daughter named Bayley in 2007. They ultimately split in 2012. 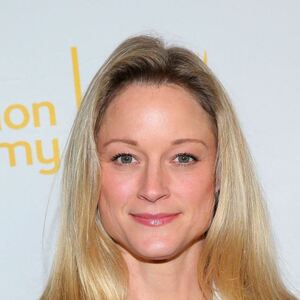