Teri Hatcher Net Worth and Salary


Teri Hatcher is an American actress and author who has a net worth of $50 million dollars. Hatcher is best known for playing Susan Mayer on the ABC comedy-drama "Desperate Housewives" (2004–2012) and Lois Lane on the ABC superhero series "Lois & Clark: The New Adventures of Superman" (1993–1997).

Teri Hatcher was born Teri Lynn Hatcher on December 8, 1964, in Palo Alto, California. Her mother, Esther, was a computer programmer for Lockheed Martin, and her father, Owen, was an electrical engineer and nuclear physicist. Teri studied ballet at the San Juan School of Dance and was raised in Sunnyvale, California. She attended Fremont High School, where she was the captain of the Featherettes dance team and was voted "Most Likely to Become a Solid Gold Dancer." After graduating in 1982, Hatcher studied engineering and mathematics at De Anza College and took acting classes at San Francisco's American Conservatory Theater.

In 2006, Teri revealed that she had been sexually abused by her uncle, Richard Hayes Stone, starting at the age of 5. In 2002, she helped Santa Clara County prosecutors with their case against him after a 14-year-old victim of Stone's died by suicide. Stone received a sentence of 14 years in prison after pleading guilty to four counts of molestation, and he passed away from colon cancer in prison on August 19, 2008. 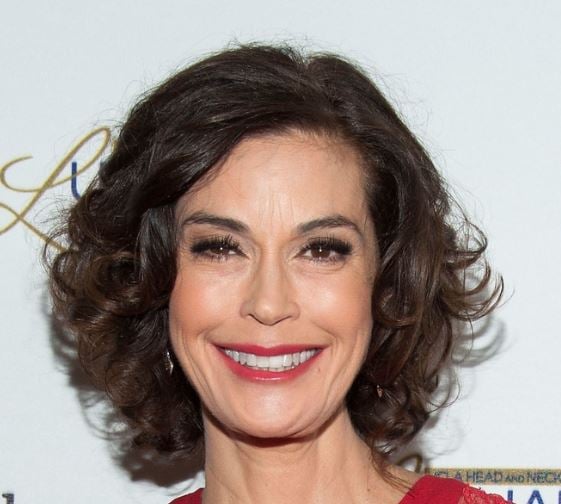 In 1993, Teri guest-starred on "The Implant" episode of "Seinfeld" and became known for uttering the line "they're real, and they're spectacular" during her break-up with Jerry; she reprised her role in "The Pilot" during the show's fourth season and in the series finale. From 1993 to 1997, Hatcher played Lois Lane to Dean Cain's Clark Kent on "Lois & Clark: The New Adventures of Superman," and in 1995, a photo of Teri wrapped in Superman's cape was the internet's most downloaded image for months. Hatcher co-wrote the season three episode "It's a Small World After All," and her role on the show earned her a hosting gig on "Saturday Night Live" in 1996. The following year, she played Paris Carver in the James Bond film "Tomorrow Never Dies," and readers of "FHM" magazine voted her the sexiest woman in the world. Teri guest-starred on "Frasier" in 1998, and in 2001, she appeared in "Spy Kids," which grossed $147.9 million at the box office. In 2004, Hatcher landed the role of Susan Mayer on "Desperate Housewives," co-starring with Marcia Cross, Eva Longoria, and Felicity Huffman. The popular series aired 180 episodes over eight seasons, and in 2006, Teri was one of TV's highest-paid actresses with a salary of $285,000 per episode.

While starring on "Desperate Housewives," Hatcher appeared in the film "Resurrecting the Champ" (2007), voiced Coraline's Mother/The Other Mother in the stop-motion animated feature "Coraline" (2009), and guest-starred on a 2010 episode of "Smallville" as Lois Lane's mother. She also performed The Beatles' "Good Night" on "Unexpected Dreams," a 2006 charity album, and sang the Carrie Underwood hit "Before He Cheats" on "Idol Gives Back" in 2008. Teri lent her voice to the animated Disney films "Planes" (2013) and "Planes: Fire & Rescue" (2014) and the Disney Junior series "Jake and the Never Land Pirates" (2013–2014). She had a recurring role on the CBS reboot of "The Odd Couple," appearing in 11 episodes from 2016 to 2017, then played Rhea, Queen of Daxam on eight episodes of "Supergirl" in 2017. In 2019, Hatcher appeared in the Jason Mewes-directed film "Madness in the Method," and she started a YouTube channel, "Hatching Change," in 2018.

How much did Teri Hatcher make per episode of Desperate Housewives? In early seasons her salary was $70,000 per episode. In later seasons she was earning $400,000 per episode. That worked out to a little over $9 million per season and made Teri one of the highest-paid actors on television.

Teri married Marcus Leithold on June 4, 1988, and they divorced a year later. She went on to wed actor Jon Tenney on May 27, 1994, and they welcomed daughter Emerson on November 10, 1997. Hatcher and Tenney split up in 2003, and they agreed to joint custody of Emerson. While filming "Desperate Housewives," Teri broke two ribs during a pole-dancing scene, and in a separate incident, suffered a scratched cornea after a lightbulb exploded near her. Hatcher has supported several charities, including the Make a Wish Foundation, and her support of the Aviva Family and Children's Services center earned her a "Spirit of Compassion" Award in 1996 and an Aviva "Impact" Award in 2010. She also received a "Noble Award" at the 2009 Noble Humanitarian Awards.

In 2005, Teri's performance on "Desperate Housewives" earned her a Golden Globe for Best Performance by an Actress in a Television Series – Comedy or Musical, a Screen Actors Guild Award for Outstanding Performance by a Female Actor in a Comedy Series, and a Gold Derby Award for Breakthrough Performer of the Year, and in 2005 and 2006, she shared a Screen Actors Guild Award for Outstanding Performance by an Ensemble in a Comedy Series with her castmates. In 1996, Hatcher won the Female Discovery of the Year award at the Golden Apple Awards, and in 2018, she was named Star Baker at The Great Celebrity Bake Off for SU2C. Teri has also received nominations from the Primetime Emmys, Online Film & Television Association Awards, People's Choice Awards, Prism Awards, Satellite Awards, Television Critics Association Awards, and Teen Choice Awards for "Desperate Housewives" as well as a Saturn Award nomination for Best Supporting Actress for "Tomorrow Never Dies," a Teen Choice Award nomination for Choice TV – Villain for "Supergirl," and a Viewers for Quality Television Award nomination for Best Actress in a Quality Drama Series for "Lois & Clark." 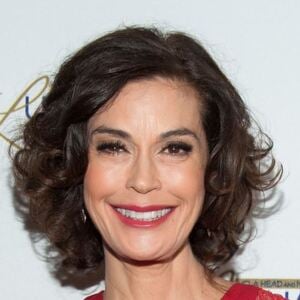