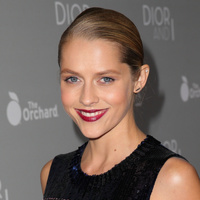 Teresa Palmer net worth: Teresa Palmer is an Australian actress who has a net worth of $3 million dollars. Born in Adelaide, South Australia, Teresa Palmer began acting while she was elementary school, appearing in local theater productions and some commercials. She was pursuing a degree in teaching when her agent contacted her about a film called, "2:37". Her performance in "2:37" resulted in an Australian Film Institute nomination for Best Lead Actress, and more film offers began to pour in. Since then she has worked steadily in film, and also launched her own production company with two fellow Australia actresses. Her film projects have included, "The Grudge 2", "December Boys", "Restraint", "Bedtime Stories", "The Sorcerer's Apprentice", "I Am Number Four", and "Take Me Home Tonight". She is also slated to appear in the upcoming films, "Love and Honor", and "Warm Bodies". Additionally, she was the face of Jan Logan's jewelry collection in 2008.