Terence Stamp net worth: Terence Stamp is an English actor who has a net worth of $10 million. Terence Stamp was born in Stepney, London, England, United Kingdom in July 1938. He studied at the Douglas Academy of Dramatic Art and has more than 80 acting credits to his name. From 1997 to 1998 he starred as The Host on the television series The Hunger.

Stamp had recurring roles as David Audley on the TV series Chessgame in 1983 and as Jor-El on the series Smallville from 2003 to 2011. His debut role came starring as the title character on the television series Billy Budd in 1962. Terence Stamp has also starred in several other films including The Divine Nymph, The Thief of Baghdad, Superman, Superman II, Jules Verne's Mystery on Monster Island, Wall Street, Young Guns, Alien Nation, The Real McCoy, The Adventures of Priscilla, Queen of the Desert, The Limey, Star Wars: Episode I – The Phantom Menace, The Haunted Mansion, Get Smart, Yes Man, Valkyrie, The Adjustment Bureau, and more. Stamp was nominated for an Academy Award for Best Actor in a Supporting Role for Billy Budd in 1963. He has also been nominated for two Golden Globe Awards and two BAFTA Awards. 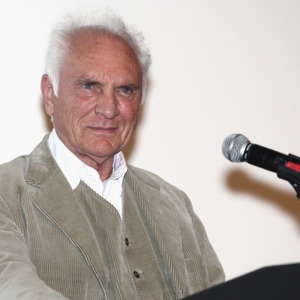