Terence Hill net worth: Terence Hill is an Italian actor, director, screenwriter, and producer who has a net worth of $25 million. Terence Hill was born in Venice, Veneto, Italy in March 1939. One of his best known television roles has come starring as the title character on the TV series Don Matteo starting in 2000.

Hill starred as Pietro on the series Un passo dal cielo from 2011 to 2015. He was a child actor before starring in many films with his friend and film partner Bud Spencer. At one point Hill was one of the highest paid actors in Italy. He has starred in movies including They Call Me Trinity, My Name Is Nobody, Django, Prepare a Coffin, and more. He won a Bambi Award in 1975, Bravo Otto Germany Awards in 1974 and 1975, and a David di Donatello Career Award in 2010. Hill was discovered at 12 years old by Italian filmmaker Dino Risi. 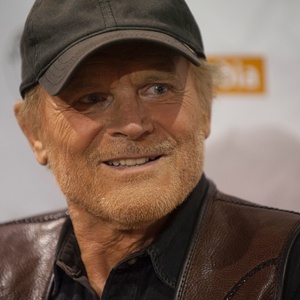