Tequan Richmond is an American actor and musician who has a net worth of $500 thousand. Born in Burlington, North Carolina on October 30, 1990, Richmond is best known for his appearances on Everybody Hates Chris and the film Ray as a young Ray Charles, Jr. Many also refer to him as T-Rich when regarding his rap reputation.

He has been active in the entertainment industry since 2002 and currently appears as T.J. Ashford on the ABC hit, General Hospital. Richmond earned his start as a model and collaborated with big names such as Sports Illustrated, Reader's Digest, Newsweek and National Geographic after moving to Los Angeles in 2001. His most recent film appearance was in the 2013 Sundance Film Festival debut, Blue Caprice. He received the award for Outstanding Supporting Actor in a Motion Picture via the Black Reel Awards in 2013 for Blue Caprice as well as the award for Rising Star at the Pan African Film Festival in 2014. 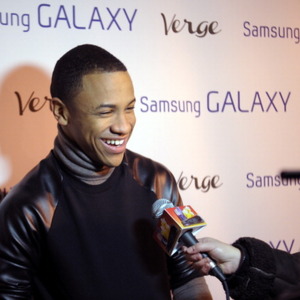