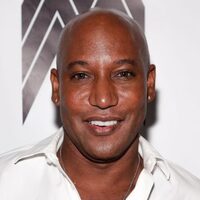 Ten Travis is an African American TV/film producer and actor who has a net worth of $9 million. Ten Travis has earned his net worth from his acting roles in plays such as; "Angels in America" and in independent films including "Watercolors" and "Santa Croce." He started his own production company called Fitted Productions and co-produced and starred in the 2009 crime drama "Life Is Hot In Cracktown", a realistic film based on Buddy Giovinazzo's novel by the same name. Ten is a member of SAG, Aftra, and has done work for the Federal commission for Arts and Humanities. SAG akaThe Screen Actors Guild is an American labor union which represents more than 200,000 film and television principal performers and background performers worldwide. He holds a Bachelors degree in International Affairs and a minor in Economics from Georgetown University cum laude. Ten Travis was born on July 2, 1982, in Baltimore, Maryland. Currently he is producing the feature length comedy entitled "Fortune Cookie" and the prison drama entitled "Blinding Sound, Piercing Light." He is also a member currently serving on the NAACP cinema committee for Beverly Hills/West Hollywood. Ten Travis is a fan of both Mercedes-Benz and fashion he attended the Mercedes-Benz Fall 2009 Fashion Week at Bryant Park on February 16, 2009 in New York City.