Tempestt Bledsoe net worth: Tempestt Bledsoe is an American television actress who has a net worth of $6 million. She is widely known for her role on the long-running NBC sitcom The Cosby Show (mid-'80's to early '90s).

Tempestt Bledsoe was born August 1, 1973 in Chicago, Illinois. Bledsoe got her start in show business at just four years old when she landed commercials for Safeway grocery stores and Kellogg's Frosted Flakes cereal. At nine years old she auditioned for, and was cast as, Vanessa Huxtable on The Cosby Show. The show was an immediate success and Bledsoe was a star. When The Cosby Show went off the air in 1992, Bledsoe, only 19 years old, took a step back from acting and completed her degree at NYU. Though she continues to make a showing from time to time—a short-lived talk show (1995), a VH1 reality TV show and a few other television productions—Bledsoe remains best known for her eight-year role on The Cosby Show and says she totally embraces that association.

Bledsoe has been in a relationship with actor Darryl M. Bell, who co-starred with Bledsoe in the NBC TV comedy "A Different World" (a spin-off of The Cosby Show) since 1993. The couple also appeared together in the Fox network reality show Househusbands of Hollywood. 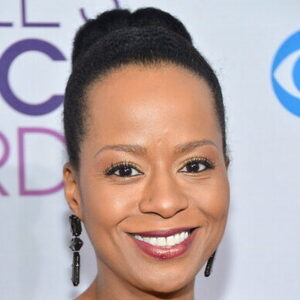