How much is Ted Wass Worth?

Ted Wass net worth: Ted Wass is an American television director and former actor who has a net worth of $2 million. Ted Wass was born in Lakewood, Ohio in October 1952. He starred on the television series Soap as Danny Dallas from 1977 to 1981. Wass starred as Nick Russo on the TV series Blossom from 1991 to 1995. He also appeared in the films Curse of the Pink Panther, Sheena, Oh, God! You Devil, The Long Shot, and Fine Gold among others. Wass directed episodes of the series Blossom from 1992 to 1995. He has also directed episodes of the TV series Caroline in the City, Two of a Kind, Spin City, Less than Perfect, Crumbs, 'Til Death, Rules of Engagement, Everybody Hates Chris, Two and a Half Men, The Big Bang Theory, Brothers, Accidentally on Purpose, Melissa & Joey, State of Georgia, 2 Broke Girls, Sullivan & Son, and Undateable. He was married to actress Janet Margolin from 1979 to 1993 until she passed away, and remarried in 1996. 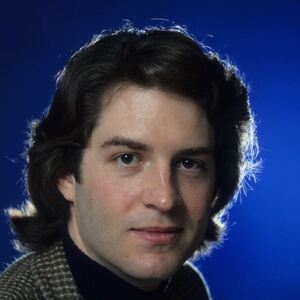