Ted Shackelford net worth: Ted Shackelford is an American actor who has a net worth of $6 million. Ted Shackelford was born in Oklahoma City, Oklahoma in June 1946. From 1979 to 1991 he had a recurring role on the television series Dallas as Gary Ewing. Shackelford also starred as Gary Ewing on the TV series Knots Landing from 1979 to 1993. From 1994 to 1995 he starred as Lieutenant Patrick Brogan on the series Space Precinct. Ted Shackelford had a recurring role as Charles Alexander on the television series Savannah in 1996. From 2006 to 2015 he starred as Jeffrey Bardwell on the soap opera The Young and the Restless. In 2009 he won a TV Land Award for Knots Landing and he was nominated for Soap Opera Digest Awards for Knots Landing for Outstanding Actor in a Leading Role on a Prime Time Serial in 1986 and for Outstanding Hero: Prime Time in 1991. 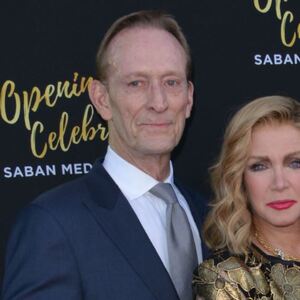