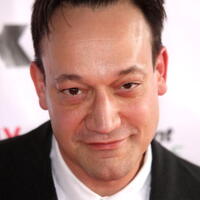 Ted Raimi net worth: Ted Raimi is an American actor, director, and writer who has a net worth of $2 million. Ted Raimi was born in Detroit, Michigan in December 1965. His older brothers are Evil Dead director Sam Raimi and screen writer Ivan Raimi. Ted Raimi first starred in the movie It's Murder! in 1977. From 1993 to 1996 he starred as Timothy O'Neill in the television series SeaQuest 2032. From 1996 to 2001 Raimi starred as Joxer in the TV series Xena: Warrior Princess. He has starred in the movies The Evil Dead, Crimewave, Evil Dead II, Easy Wheels, Shocker, Patriot Games, Candyman, Army of Darkness, Born Yesterday, Hard Target, Clear and Present Danger, Stuart Saves His Family, Wishmaster, Freak Talks About Sex, Spider-Man, Spider-Man 2, The Grudge, Spider-Man 3, Attack of the 50 Foot Cheerleader, Oz the Great and Powerful, and Murder of a Cat. In 2006 he was nominated for a Fangoria Chainsaw Award for Best Supporting Actor for Man with the Screaming Brain.