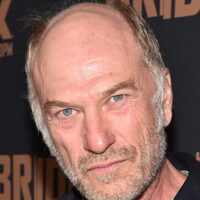 What is Ted Levine's Net Worth?

Ted Levine is an American actor who has a net worth of $6 million. Ted is best-known for starring in television shows like "Monk" and "The Bridge" and movies like "American Gangster", "Heat", "Jurassic World: Fallen Kingdom" and "The Fast and the Furious". But out of all his roles in a 40+ year career, Ted Levine is best-known for playing Jame "Buffalo Bill" Gumb in "The Silence of the Lambs".

Levine was born on May 29, 1957 in Bellaire, Ohio to parents Charlotte Clark and Milton Levine. Both of his parents were doctors and members of Physicians for Social Responsibility. His father was of Russian-Jewish descent while his mother had Welsh and Native American ancestry. He grew up in Oak Park, Illinois, attending high school there until he enrolled at Marlboro College in 1975.

Levine began his acting career in theatre by getting involved in the Chicago theatre scene. He joined the Remains Theatre which was co-founded by Gary Cole and William Petersen. After spending a significant amount of time in the 1970s to on-stage work, Levine then transitioned to seeking out film and television work in the 1980s. In 1986, he was cast as the character of Frank Holman, a mob enforcer, in the NBC drama "Crime Story." He remained on that show until 1988.

His breakout role came in 1991 when he was cast in the film "The Silence of the Lambs" as the antagonist character, Buffalo Bill. The film was released in February of 1991 and grossed over $272 million worldwide, becoming the fifth-highest-grossing film of 1991 around the world. It also premiered at the 41st Berlin International Film Festival and won the Academy Awards in all the five major categories: Best Picture, Best Director, Best Actor, Best Actress, and Best Adapted Screenplay. It remains the only horror film to win in the Best Picture category. The film, and Levine's performance, received rave critical reviews and it is largely still considered to be one of the greatest and most influential films of the century.

Following his success with "The Silence of the Lambs," Levine went through a period of time where he was typecast in villainous roles. He did not particularly want to make a habit of always playing the villain in films and was eventually able to work himself out of this reputation to land other types of roles. In the film "Heat," he played a member of a police unit and in the HBO mini-series, "From the Earth to the Moon," he played an astronaut. In "Georgia," he starred as the main character's husband, for which he received critical praise.

In 2001, he was cast in the action film "The Fast and the Furious," playing a police sergeant. In 2003, he appeared as a detective in the film "Wonderland" which is based on a gruesome series of murders that historically took place in the Hollywood Hills. 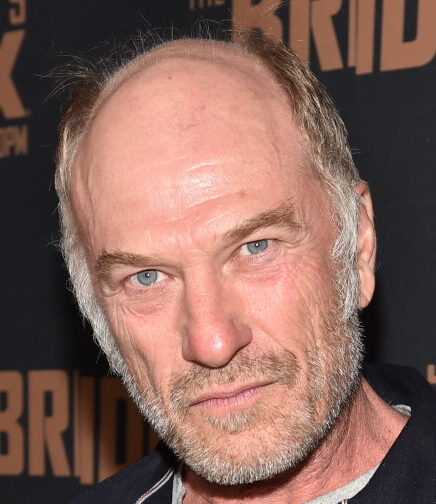 From 2002 to 2009, Levine worked on the television show "Monk," portraying the character of Captain Leland Stottlemeyer. The show, which aired on the USA Network, was very popular and Levine's star power increased even more. During its time on air, the show won eight Emmy Awards, one Golden Globe Award, and two Screen Actors Guild Awards.

While working on "Monk," Levine continued to take on other projects. He provided the voice of the supervillain Sinestro in "Superman: The Animated Series," "Static Shock," "Justice League," and "Justice League Unlimited." He also appeared in the horror film "The Hills Have Eyes" in 2006 as the family patriarch. In 2007, he played character Sheriff James Timberlake in "The Assassination of Jesse James by the Coward Robert Ford" and also appeared in the Ridley Scott film, "American Gangster," alongside Russell Crowe and Denzel Washington.

In 2010, Levine appeared in the thriller film "Shutter Island" alongside Leonardo DiCaprio. A couple of years later, in 2012, he appeared in "Deep Dark Canyon" as character Sheriff Bloom Towne. The following year, in 2013, he had a major supporting role in the FX mystery series, "The Bridge." He played the character of Lieutenant Hank Wade, the commander of a police homicide unit in a border city in the state of Texas. The next year, in 2014, he appeared in the British-Finnish action film, "Big Games," as character General Underwood and also in the films "Gutshot Straight" and "Dig Two Graves." For his role in the latter film, Levine won the Best Actor award at the Beaufort International Film Festival in 2015.

In 2016, Levine appeared in the film "Bleed for This" followed by three films in 2017 – "Bottom of the World," "Swing State," and "A Midsummer Night's Dream." In 2018, he appeared as character Ken Wheatley in the blockbuster film "Jurassic World: Fallen Kingdom." The next year, he landed roles in "The Report" and "A Violent Separation." In terms of television, he appeared in the series "The Alienist" from 2018 until 2020 as character Thomas F. Byrnes. He joined the cast of the ABC drama series "Big Sky" in 2021.

Levine keeps his personal life very private. He is married to a woman named, Kim Levine, and the couple have two children together named Mac and Melissa.