Ted Knight net worth: Ted Knight was an American actor and voice artist who had a net worth equal to $10 million at the time of his death in 1986. Ted Knight was born in Terryville, Connecticut in December 1923 and passed away in August 1986. He had more than 100 acting credits to his name.

Knight starred as Phil Buckley #2 on the television series The Young Marrieds from 1964 to 1965. He starred in and provides voices for the TV series Journey to the Center of the Earth in 1967, The Batman/Superman Hour from 1968 to 1969, and Fantastic Voyage from 1968 to 1969. Ted Knight also starred in or provided voices for the TV series The New Scooby-Doo Movies in 1972, Inch High, Private Eye in 1973, Lassie's Rescue Rangers from 1972 to 1973, and Super Friends in 1973. He starred as Ted Baxter on the TV series The Mary Tyler Moore Show from 1970 to 1977 and starred as Henry Rush on the series Too Close for Comfort from 1980 to 1987. Knight starred as Judge Elihu Smails in the movie Caddyshack. He won two Primetime Emmy Awards and a star on the Hollywood Walk of Fame. Ted Knight passed away on August 2th, 1986 at 62 years old. 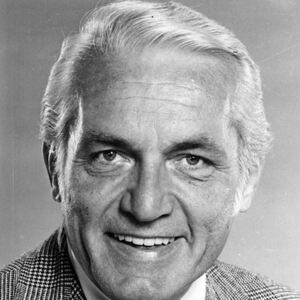