What is Ted Danson's Net Worth and Salary?

Ted Danson is a California-born actor who has a net worth of $80 million dollars. He is perhaps best known for his iconic role as Sam Malone on the show "Cheers" from 1982 to 1993, as well as his roles on the shows "Becker", "CSI", and "The Good Place". He has won two Emmy Awards and three Golden Globe Awards, and has a star on the Walk of Fame in Hollywood.

Edward Bridge Danson III, better known as Ted Danson, was born in San Diego, California, on December 29, 1947. He was raised in Flagstaff, Arizona, along with his older sister Jan, because their father was an archaeologist and the director of the Museum of Northern Arizona from 1959 to 1975. He attended the Kent School, a prep school in Connecticut. There, he was a star basketball player. He continued his education at Stanford University, which is where his interest in acting began. In pursuit of a better acting program, he then transferred to Carnegie Mellon University, graduating with a Bachelor of Fine Arts in drama in 1972.

Danson's first paid acting job in television was as a contract player on the daytime soap opera "Somerset", playing the character Tom Conway from 1975 to 1976. Then, in 1977, he landed the role of Dr. Mitchell Pierson on the show "The Doctors". Additionally, around this time he appeared in several commercials, most notably as the "Aramis man" for the Estee Lauder fragrance brand Aramis. In the late 1970s and early 1980s, he continued to appear as a guest on many television shows, including "Laverne and Shirley", "B.J. and the Bear", "Family", "Benson", "Taxi", "Magnum P.I.", "The Amazing Spider-Man", and "Tucker's Witch".

Then, Danson had his big breakthrough in 1982, when he was cast as the womanizing former baseball player Sam Malone on the NBC sitcom "Cheers". Even though the show had poor ratings in its first season, the numbers slowly improved, and by 1986 it was one of the top shows airing on TV at the time. In total, the show had 11 seasons, and aired its last episode on May 30, 1993. It's finale was actually watched by 80 million people, making it the second most watched finale in history at the time. For his performance on "Cheers", Danson actually received eleven consecutive Emmy nomination, and nine Golden Globe nominations, winning two of each award.

Following the end of "Cheers", Danson tried his hand at drama, in a departure from his usual genre of comedy, and starred in "Something About America", for which he won a Golden Globe Award for Best Actor in a Miniseries or Television Movie. He also briefly starred in the short-lived CBS show "Ink", as well as the television miniseries "Gulliver's Travels". Then, Danson starred in the CBS sitcom "Becker", which was produced by the same company that produced "Cheers". The show was very popular, and ran for 6 seasons from 1998 to 2004. 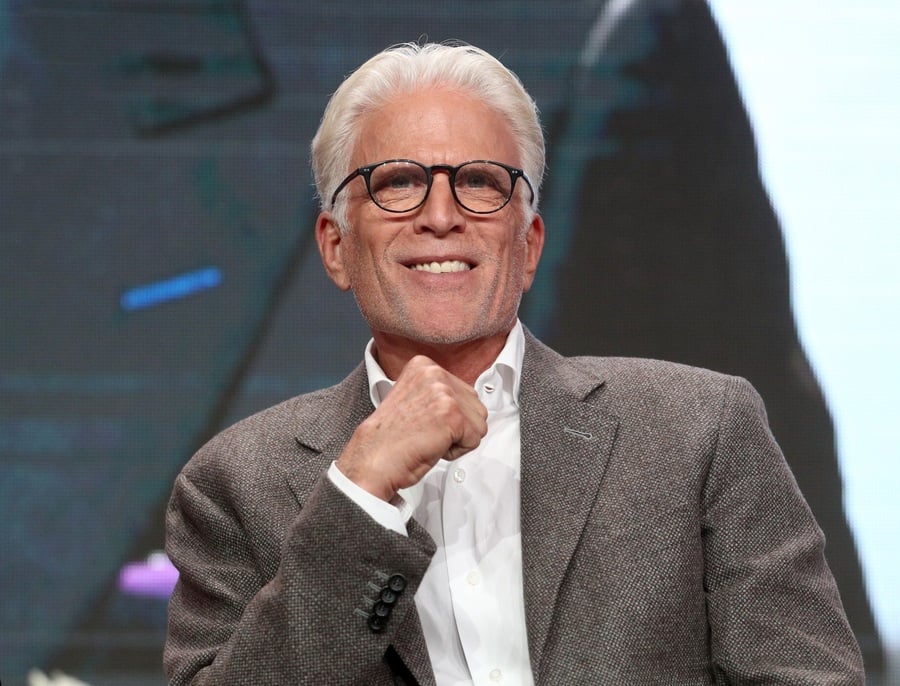 Beginning in 2007, Danson began starring as the corrupt billionaire Arthur Frobisher on the FX Network drama "Damages", which aired for three seasons (although he was reduced to a recurring character in season 2). He has also appeared in shows like the HBO sitcom "Bored to Death"; the police drama "CSI: Crime Scene Investigation"; "CSI: Cyber"; "Fargo"; and the NBC sitcom "The Good Place" with Kirsten Bell.

Danson has been married three times. His first marriage was to actress Randall "Randy" Gosch (now known was Randy Danson professionally), from 1970 to 1975. His second wife was producer Cassandra "Casey" Coates, with whom he shares two daughters. His third wife is actress Mary Steenburgen.

Danson's divorce from his second wife Casey Coates is one of the most expensive celebrity divorces of all time. His affair with actress Whoopi Goldberg contributed to the divorce. When they divorced, Danson was forced to pay Coates $2 million for every year they were together, a total of $30 million. That's the same as around $50 million, after adjusting for inflation.

Ted has been married to fellow actor Mary Steenburgen since 1995. Together they own a number of properties around the country, primarily in the Los Angeles area. In June 2019 they sold a nine-acre property in Ojai, California for $8.75 million. They bought the house in 2005 through a trust for $4.5 million. They own a different home in Ojai which they bought in 2017 for $2.4 million. In 2014 they spent $3.5 million on a home in Santa Monica, California and then in January 2019 they bought the property next door for $5.2 million to create a large private compound. They also own a small cottage in Nashville and a six-acre multi-residence spread on Martha's Vineyard.