Tcheky Karyo Net Worth: Tcheky Karyo is a Turkish-born French actor and musician who has a net worth of $4 million. Tcheky Karyo was born in Istanbul, Turkey in October 1953. He studied drama at the Cyrano Theatre and was a member of the Daniel Sorano Company. He performed with the National Theatre of Strasbourg before getting into film acting.

Karyo has over 100 acting credits to his name. His debut film roles came in the 1982 movies The Return of Martin Guere and Toute une nuit. He starred in the TV series Kaamelott as Manius Macrinus Firmus in 2009 and in No Limit as Koskas in 2013. He has starred in La Balance, Le Marginal, Full Moon in Paris, Australia, The Bear, Nikita, Vincent and Me, A Grande Arte, Husband and Lovers, 1492: Conquest of Paradise, And the Band Played On, Nostradamus, Operation Dumbo Drop, Crying Freeman, Habitat, Bad Boys, GoldenEye, Foreign Land, Dobermann, Addicted to Love, My Life So Far, Jeanne d'Arc, Wing Commander, The Patriot, Kiss of the Dragon, The Good Thief, Blueberry, The Core, A Very Long Engagement, Taking Lives, The Gravedancers, Boxes, A Man and His Dog, The Way, A Gang Story, Belle and Sebastian, and The Missing. Karyo won Best Actor at the Mystfest in 1990 and was nominated for a Cesar Award for Most Promising Actor in 1983. He has also released two albums. 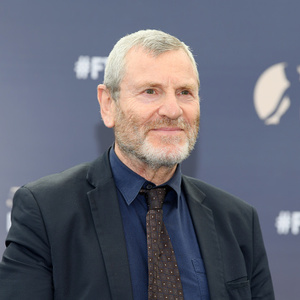