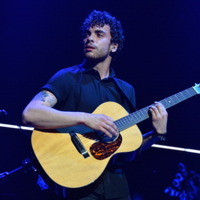 Taylor York net worth: Taylor York is an American guitarist and singer who has a net worth of $8 million. Taylor York was born in Nashville, Tennessee in December 1989. He is best known for being a part of the alternative rock band Paramore. Taylor's father Peter York is a music executive for Sparrow Records. Taylor York sang backup vocals for the band All We Know is Failing. After rhythm guitarist Hunter Lamb left Paramore in 2007 York joined the band. York played on the Paramore album Brand New Eyes which was released in 2009. The album reached #1 in Australia, Ireland, New Zealand, and the UK, and also reached #2 in the United States. Paramore's latest self-titled album was released in 2013 and reached #1 in the US, Australia, Ireland, New Zealand, and the UK. York has played on the singles "That's What You Get", "Decode", "Ignorance", "Brick by Boring Brick", "The Only Exception", "Careful", "Playing God", "Monster", "Now", "Still Into You", and "Aint It Fun". Paramore won a Grammy Award in 2015 for Best Rock Song for "Aint It Fun".